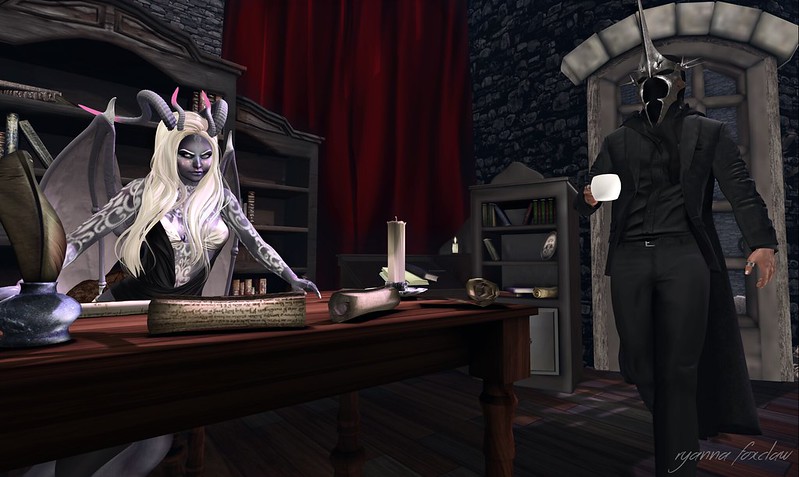 It was another day in Hell, but production on the 4th level had slowed to a crawl. Usually notices would be flying in and Ky’lar, his succubus secretary, would be ferrying assignments to various demons and fallen angels. Not today. Today she was sitting at her desk and idly drumming her nails on the wood.  She turned her attention to the map on the wall. In all the world there were only 60 of this Hell’s minions on assignment. Pitiful.

The office door opened and out walked the levels Devil. The only thing more smoking than his suit was his cup of coffee. His swagger and sway lead him Ky’lar’s way and he leaned against the desk. She eyed him as he took a long pull from his cup. “If you could get to work?” he told her, an annoyed tone to his voice. “I got a quota to fill.”

Ky’lar dropped her hand on the table and gave him a rather pointed look. “There’s nothing happening up there. The guys are bored.” 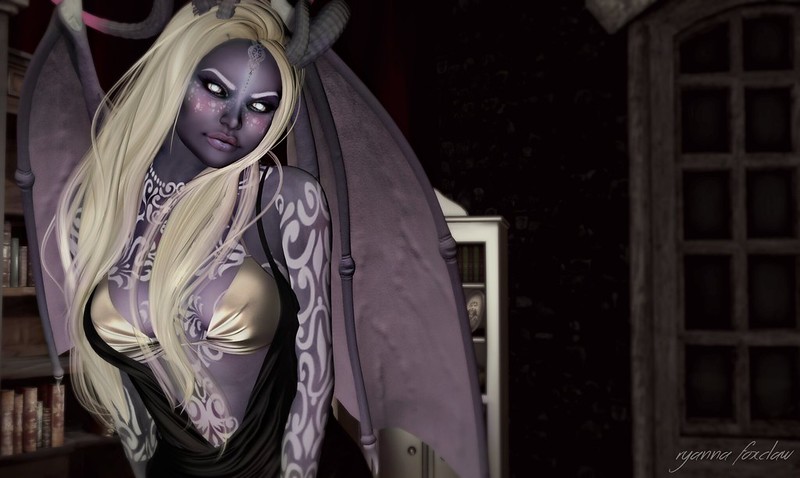 “Bored?” The Devil snorted. “They’ve got to raise Hell. That’s what we do.” The creeping mirth in his tone was swallowed up by another drink from his cup. “You do remember how to do that, right? My little docile demon?”

She wasn’t a fan of his quips – even if he was right – and Ky’lar pushed back from the desk.  A sly smile working on her lips as she came around to meet him. “You know. Devil.” Weaving in her natural hypnotic tones in her voice. “Remove my bonds and I can bring you a wealth of souls.” It was the tattoo markings that indentured her to him and this… office. He had found a way to trick her years before. and the rest was history.

The Devil only smiled and drew her to him, mocking laughter coming from within his mask. “How many other Devils, besides THE Devil, can say they have succumbs for a pet?” He put down his cup. “ No, no, this arrangement is too much fun.” 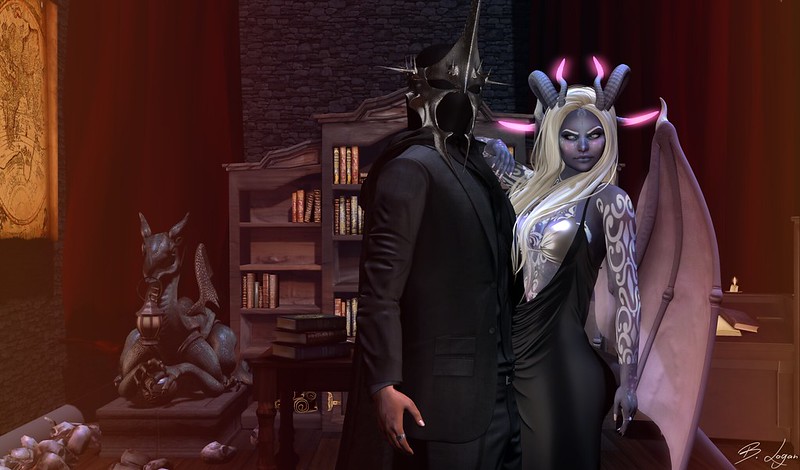 One thought on “The Devil’s Secretary”