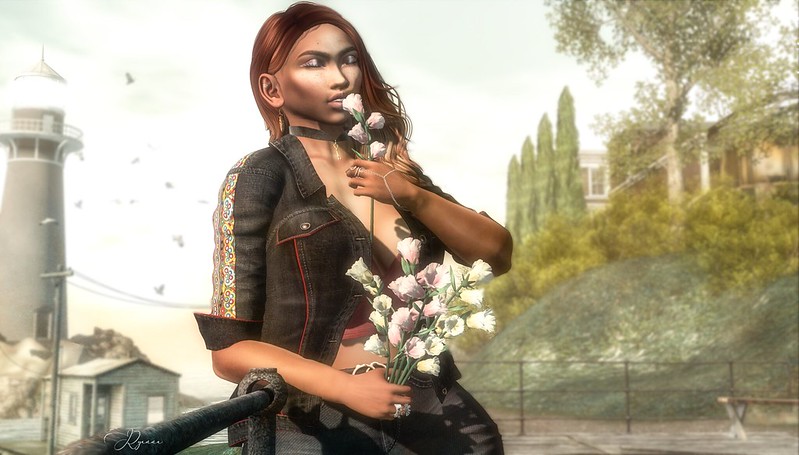 Flowers had come for her that morning. They were delivered to her doorstep still in the early part of the day. Simple flowers with no return address or any indication who sent them except for one thing. Attached to the flowers was a note and on that was drawn a smile. That was all she needed and she knew who they were from.

He was on his way back.

She took the flowers and walked down to the overlook a few blocks from town. She could look out into the sea and feel the wind as it blew through her hair. The seabirds flew around the lighthouse and she could hear the distant sounds of the fishing boats on the water. She could almost imagine his ship coming in over the horizon.

With a small sigh she leaned against the railing and brought the flowers close. The season was changing, and it was bringing him with it