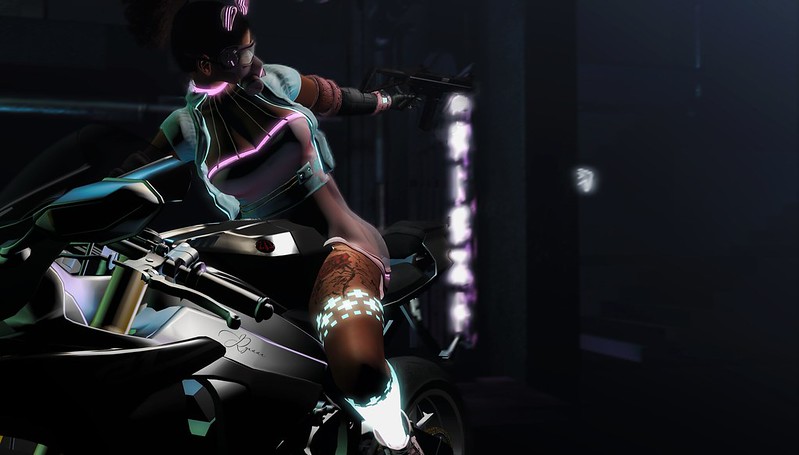 They were coming for her. It took everything she had to evade them enough to pull ahead. She couldn’t keep running forever. No. This game ended now.

She pulled out her gun and aimed it behind her. Taking steady and even breaths she waited.

Items from the Una – Altair set  @ The Arcade

Pose is from the ::Poseidon::  Action Bike (bike included)