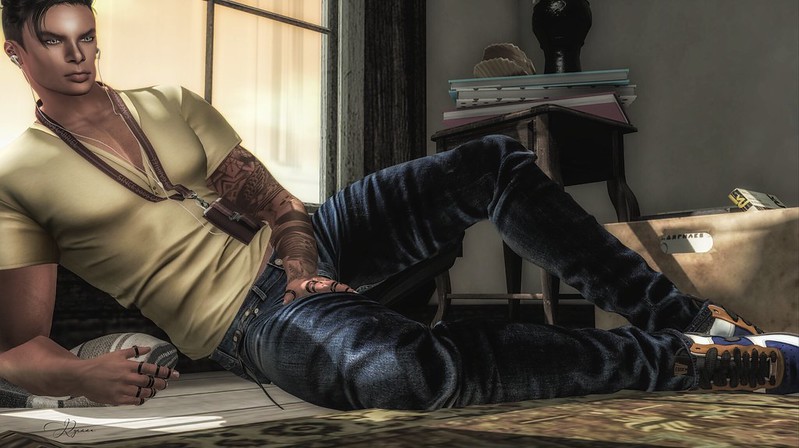 Man he was tired. It wasn’t the type of tired a person gets when they’ve done a lot of work (though he had), no, this was a tired brought on by life. Everything had been non-stop the past few days that he could hardly catch a break before the next thing was due to be done.

He looked at the clock and slumped down on the floor in his room. He had about ten minutes before he had to change clothes and get ready to go out. It wasn’t a lot of time, but it was better than nothing. Putting his earphones in and turning on the music he would try to recharge as much as time allowed.

Review:
Review shots are unedited and shot on Mid Graphics with CaIWL Windlgiht

Dulce Secrets presents Gareth at the Skin Fair 2019 in four (4) tones. A younger looking skin that comes in variety of head appliers, even Omega so that it can be used on any Omega capable head.