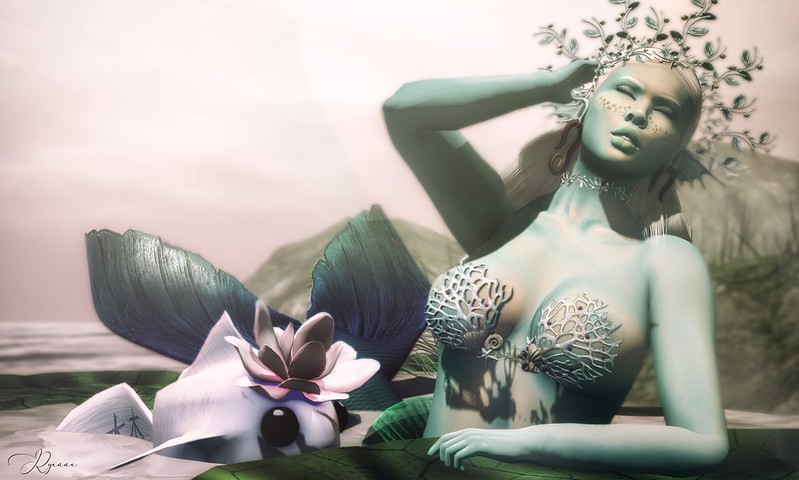 The sun had already begun its decent into the sea. There was only an hour or two before the light fully faded from the world up above. This was the only time of day where she could look at the surface with moderate safety.

She sped happily through the water, her tail moving quickly for maximum speed. A few moments later her head came above water and she had to close her eyes momentarily from the light. Her eyes opened slowly, taking time to adjust to the change, and she took in a deep breath of sea air. She always came to the same spot. It was close enough that she could see the shoreline and the rolling hills of the nearby land, but far enough that she would be difficult to see. The rocks and water Lillies helped as well.

She looked in wonder at the world before her. She loved her home in the sea, but there was something about this place which called to her soul.

pose is my own