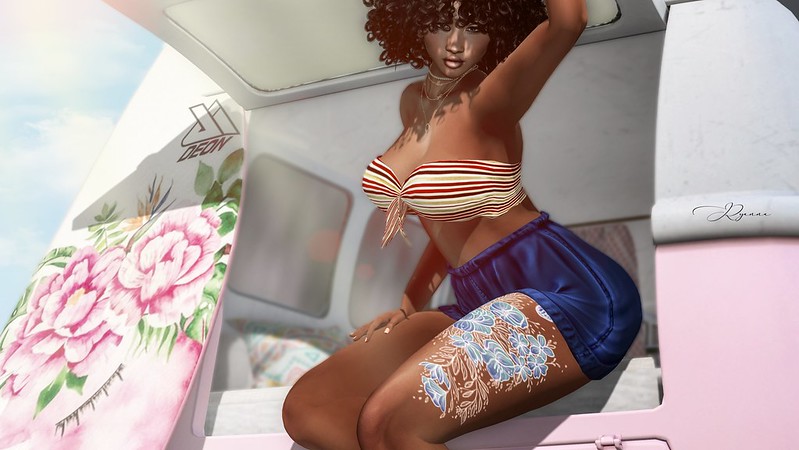 The beams and the rays have been with me for hours
So now I’ll turn the air on full power
Don’t look for me at the sand or by the sea
As I got a date with the AC . . .

“See how she leans her cheek upon her hand.
O, that I were a glove upon that hand
That I might touch that cheek!”
― William Shakespeare, Romeo and Juliet

There have been a lot of things lingering with me lately. Thoughts that stay for hours or even days. Words that echo in my mind. Smells and taste that are vibrant. A touch or pain that I can recall days later and have it feel as though it just happened. These are impressions made upon us. I suppose that we all want to leave such an impression with people who are important to us.

Good impressions that is, though we can learn from the negative ones as well.

Personally I’ve had a whirlwind of a week and last week that all started with a death of my grandmother. No matter how old they are, a loss is still a loss and everything that comes with it is there. She left an impression upon me. Ones that I know will make me happy and other sad because I know they will never happen again.

I can only hope that when my time comes there will be people who can smile at the remembrance of the lingering impressions I’ve made upon their lives.

Pose is from Diversion – Up Close 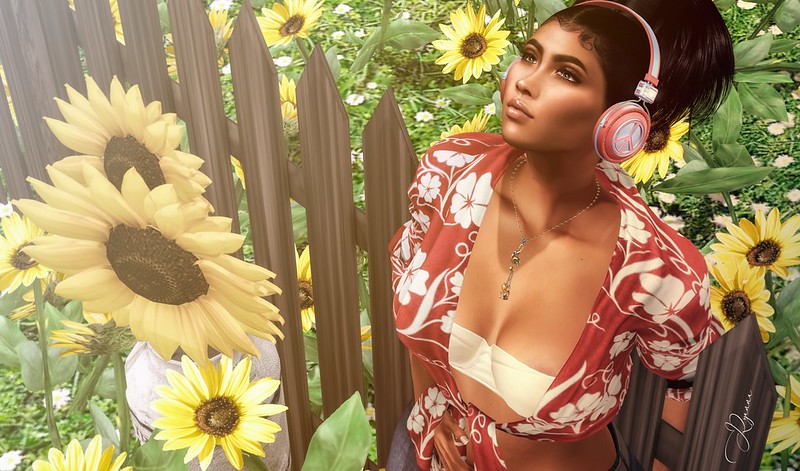 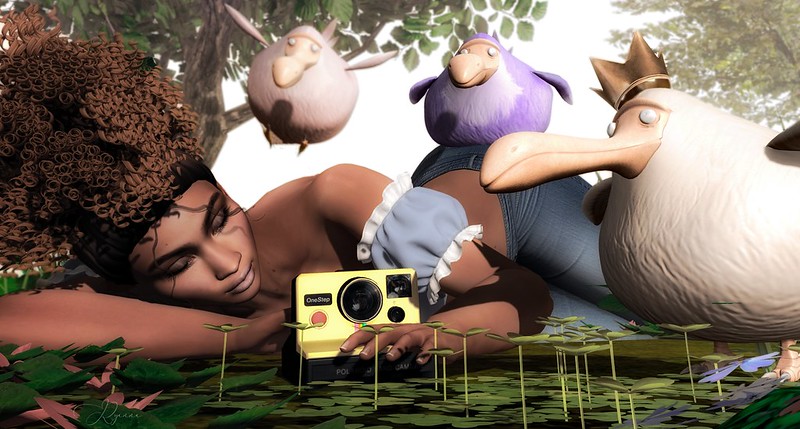 No one had believed her when she told them she had found the fabled DoDo King. Everyone said her head was too full of stories and nonsense. She knew she was right and this time she brought a camera to capture evidence on film.

Unfortunately for her, the DoDo King has never been seen by mortal eyes. Whenever someone is near they are overcome with the need to fall asleep . . . 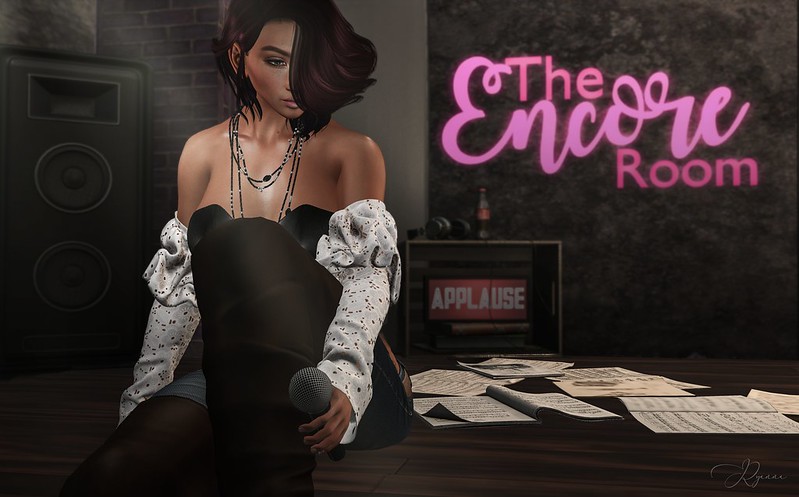 Everything was going well before the phone call. It was the third night of her first tour and things could not have been better. The energy of the roaring fans invigorated her enough to where she could forget about all the things happening back at home. At least, for a little while.

Wanting to add a new song to her line-up, she was in the middle of a rehearsal. A member of her staff came to the stage and said she had a phone call. She had had a sinking feeling in her chest as she took the phone. The rest of the band went on a break and she had answered. “Hey, what’s up?…. Oh. Oh, I see. Y-yeah… Now she’s at peace. . . . Okay.” For the next few moments, the only thing she could do was look at the phone.

“I stood on this stage, night after night, reminding the broken it would be alright. But right now? Oh, right now I just can’t. . .“

A little while later the band came back and found her sitting on the stage with lyric sheets strewn about. When they asked if everything was okay she was snapped back to reality, for she had zoned out in the grief that had accompanied the phone call. What could she do? There was a performance that tonight and canceling was not an option. She was a performer. She would perform.

She forced out a laugh while quickly scrubbing her face with the palm of her hands. “It’s nothing,” she said. “I think I finally got the song for tonight though.”

They accepted her answer and paid attention as she picked up the sheets off the floor and began instructions for the song. Internally she was shaking and her head was dizzy with all the information she was trying to process, but this was something that would have to be dealt with later. For now, the only thing that mattered was getting through the night’s performance like everything was okay.

“It’s easy to sing when there’s nothing to bring me down. But what will I say when I’m held to the flames like I am right now?. . .” 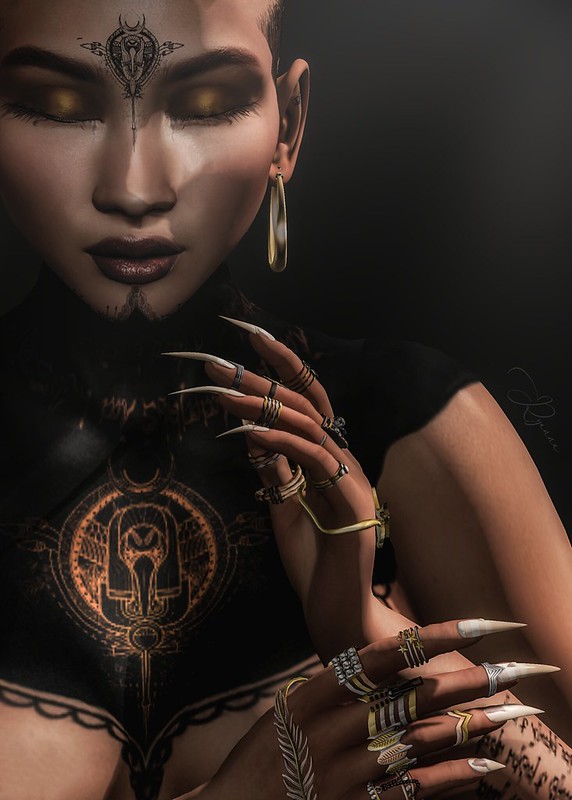 “I said to my soul, be still and wait without hope, for hope would be hope for the wrong thing; wait without love, for love would be love of the wrong thing; there is yet faith, but the faith and the love are all in the waiting. Wait without thought, for you are not ready for thought: So the darkness shall be the light, and the stillness the dancing.”
― T.S. Eliot

pose is by me 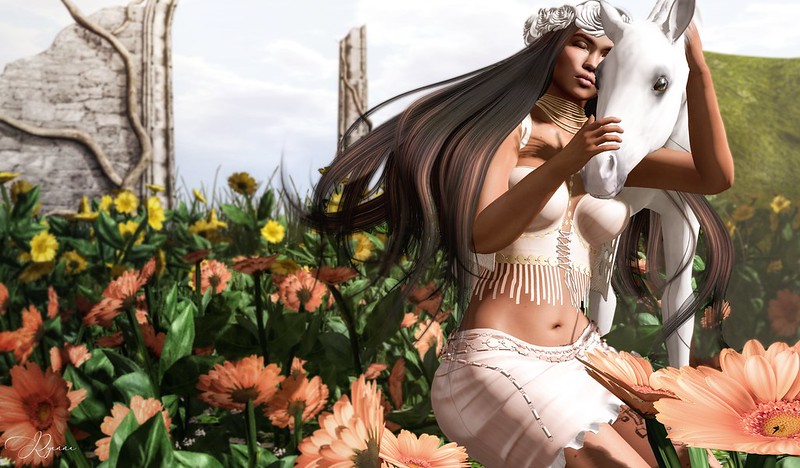