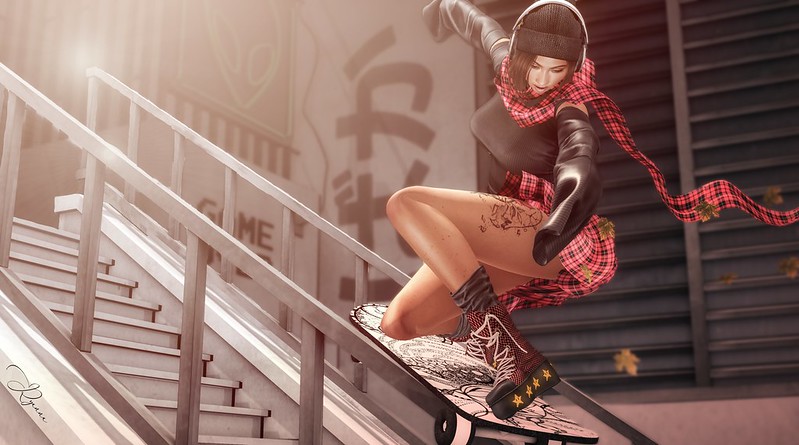 “I’m gone!” She yelled to her parents as she closed the front door of the house. The seasons were transitioning from Summer to Fall. The air was crisp but not too cool so to appease her mom she pulled on her long arm warmers. Picking up her skateboard she headed to the park.

She had been practicing new tricks with her skateboard for weeks. After having seen the other guys at the park jumping off ramps and sliding down railings, she wanted to do it too. Today she was going to show off her skills.

She was in such a good mood that she zipped all about the city performing small tricks and stunts. Today was going to be a great day.