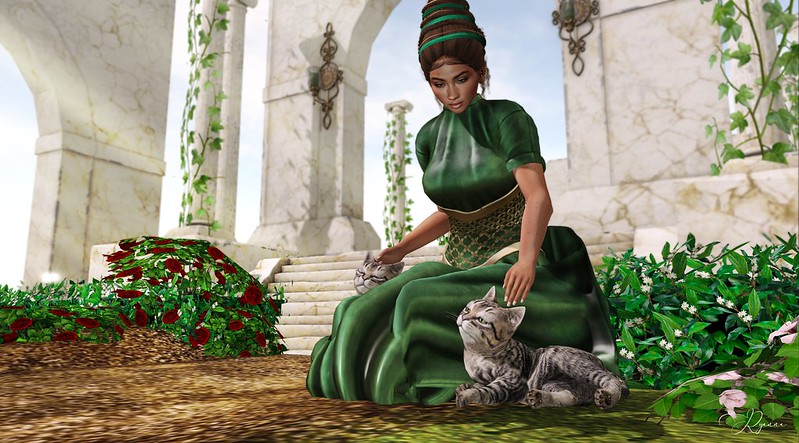 “I knew you’d be waiting for me.” She exclaimed while walking down the marble steps. There are the bottom, near the bushes, stood two grey kittens patiently waiting as they watched her approach. “You two haven’t let me down yet.”

The cats meowed and lifted their heads to her hands as she crouched down. For a week now she had come to this outdoor temple to meditate and pray for the things that weighed down on her mind. She first saw the cats when she was leaving on the first day. They were just there, positioned by the steps and looking at her. She liked cats and had stopped to scratch behind their ears and spend a bit of time with them. But then the cats were there the next day, and the day after that. Their being there could not have been simply coincidence – she had even changed her time of medication just to see if they would’t be here. Nevertheless, they were.

“I don’t know why you’re here, Kitties, but I enjoy your company.” While her fingers idly ran along the fur, she looked out in the distance. Every day she came to pray for the same thing and, while the cats look for her, she looked for someone else.