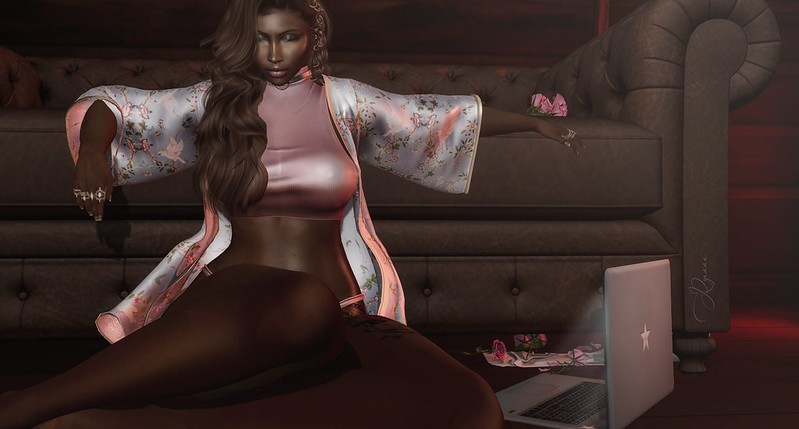 That was it. All it took was clicking on the ‘X’ in the corner of the message window to close the conversation. She stared at the now blank screen of her laptop, her mind dancing a ghost-image of the messages and images back in her eyes. It’s not there, she told herself. There’s no proof it was ever there at all.

She took a deep breath not realizing she had been holding it in since she clicked the button. A painful emptiness settled in her chest and made her whole body feel heavy. She turned her head away from the screen and sat fully back against the couch. Slowly her eyes closed and she lifted her arms to rest on the couch cushions. She was finding it hard to breathe and this position lifted her chest and opened her airways more. Hopefully it would bring relief as well.

The room was quiet now except for the low whirring hum of the laptop’s fan. The only other sound was the loud thumping of her heartbeat between her ears.

She knew it was trouble when his message popped up on her screen earlier that night. Nearly every fiber of her being screamed at her not to open it. But she had. And like the sweetest of sin it felt so good. The ecstasy flowed, filled with joy in measures untold until . . .

The moment ended and she realized that she was doing it again. . .

Inspired from “Again” by John Legend