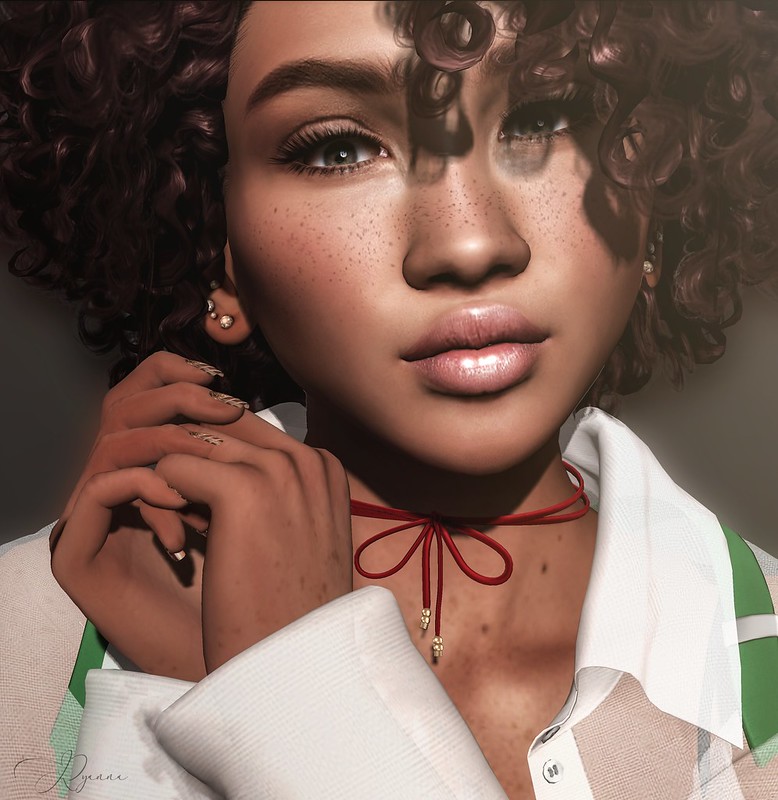 “The face is a picture of the mind with the eyes as its interpreter.”
― Marcus Tullius Cicero

Pose is from Diversion– Nailed It Poses @ New Mainstore 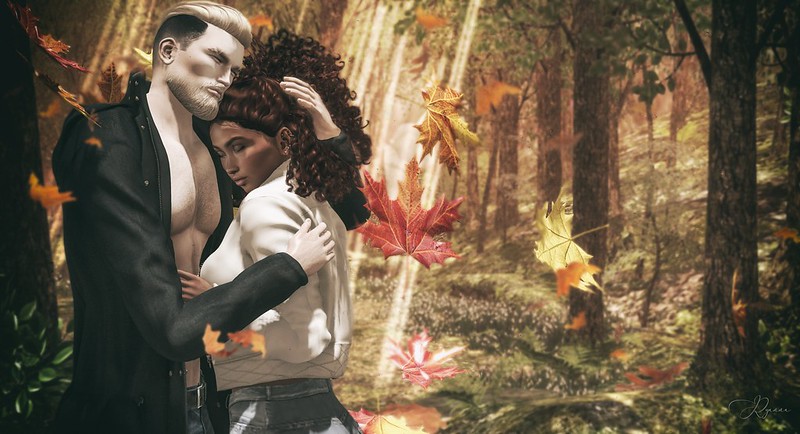 Things around are changing
Just look at leaves.
From the boughs they’re breaking
Away from the trees

To everything there’s a season
Filled with highs and lows
Victims to the Winds of Change
We can’t tell it how to blow.

Kulaan (Thanks for posing with me!)
Jacket: FashionNatic – Albus Jacket 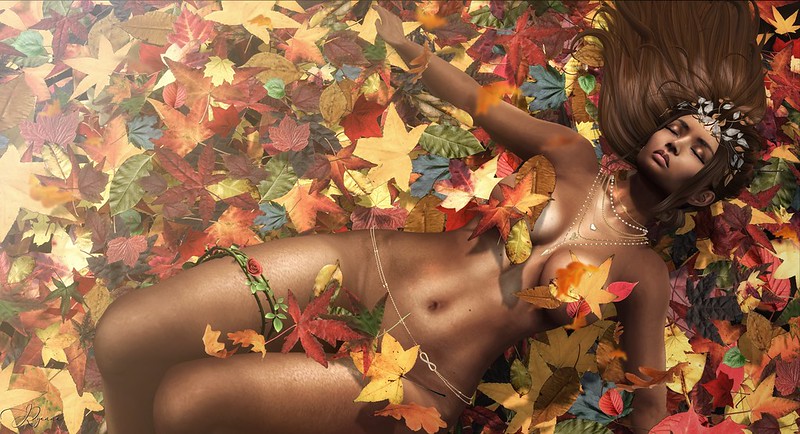 “Autumn is a second spring when every leaf is a flower.”
― Albert Camus

Pose and prop Boudoir – A Bed in the Leaves Photo Prop 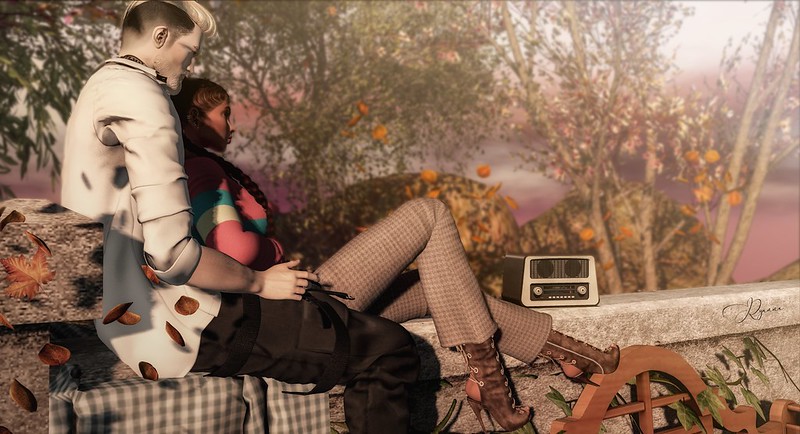 “The most valuable thing we can do for the psyche, occasionally, is to let it rest, wander, live in the changing light of room, not try to be or do anything whatever.”
― May Sarton

Pose is CopperMoon – By my side @ La Vie en Pose 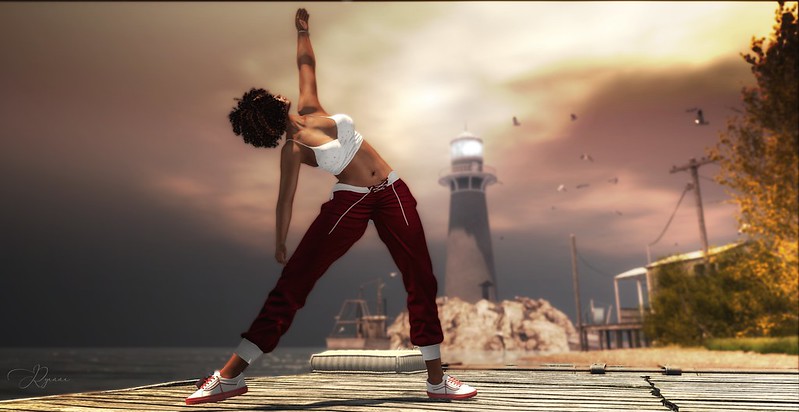 She got up very early in the morning. Before she had to run away to work and before the day tried to weigh her down with duties and responsibilities, she headed down to the pier in her joggers and tank shirt. The only ones up besides herself were birds who were actively diving in and out of the sea waters catching their breakfast.

A full lungs intake of sea air was taken as she stepped out near the edge and stretched. This was going to be a good day. It’s what she told herself every morning. It was even her meditation as she cycled through a series of yoga poses that were suppose to balance a persons spirit. She didn’t know if it really did that, but ever since she started this routine things had started to fall into place.

She exhaled slowly and began the first position.

Shot on location at Candlewood

“Whoever fights monsters should see to it that in the process he does not become a monster. And if you gaze long enough into an abyss, the abyss will gaze back into you.”
― Friedrich Nietzsche 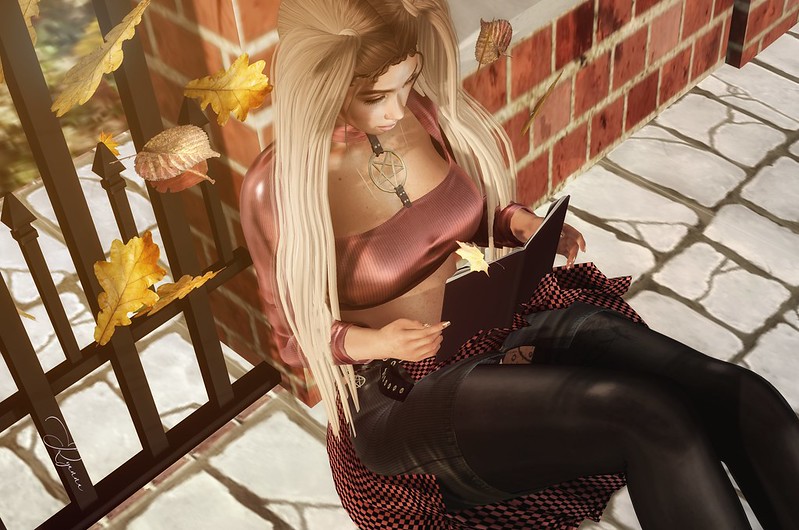 “Books are the quietest and most constant of friends; they are the most accessible and wisest of counselors, and the most patient of teachers.”
― Charles W. Eliot