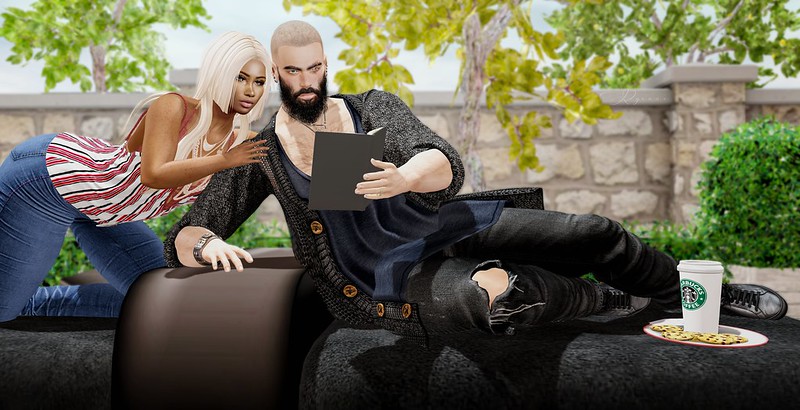 He was outside, enjoying his coffee, a few cookies, and a book he had found in the attic of their house. It didn’t look like much, but something about it had caught his attention enough to make him pick it up. The book was more interesting than it first seemed, for it was actually an old diary of someone who owned the house well over 80 years ago.

“Ryanna!” He called out to her after having read something particularly interesting. His wife wasn’t too far for she was doing some gardening work. “Ryanna! Come here. You have to take a look at this.”

She put down what she was doing and made her way over. “What is it?” She knelt on the side of his bench and leaned over, supporting herself on his shoulder and reading over it.

He held up the book and she scanned the pages, her eyes growing wider. “Now that, that’s interesting.”

pose is from Something New– Lazy Afternoon (w/couch/coffee/cookies)