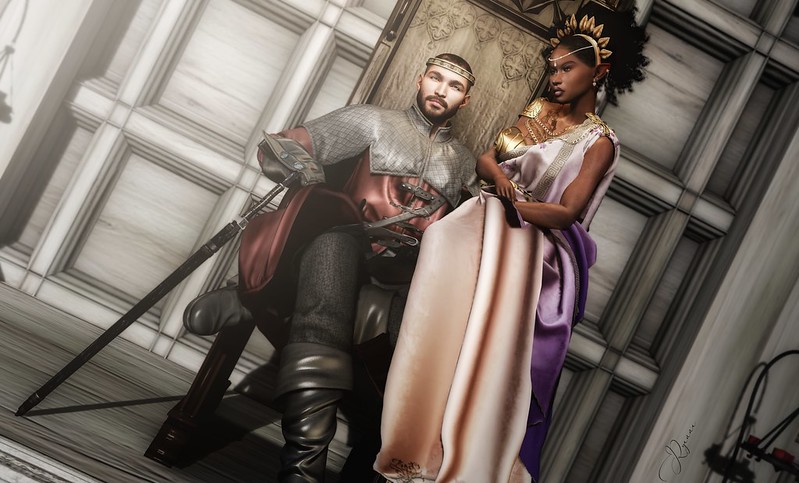 “He didn’t marry you to become king. He became king because he wanted to marry you.”
― Megan Whalen Turner, The King of Attolia

Throne: Medieval Throne (with poses) by ^TD^ @ We love RP