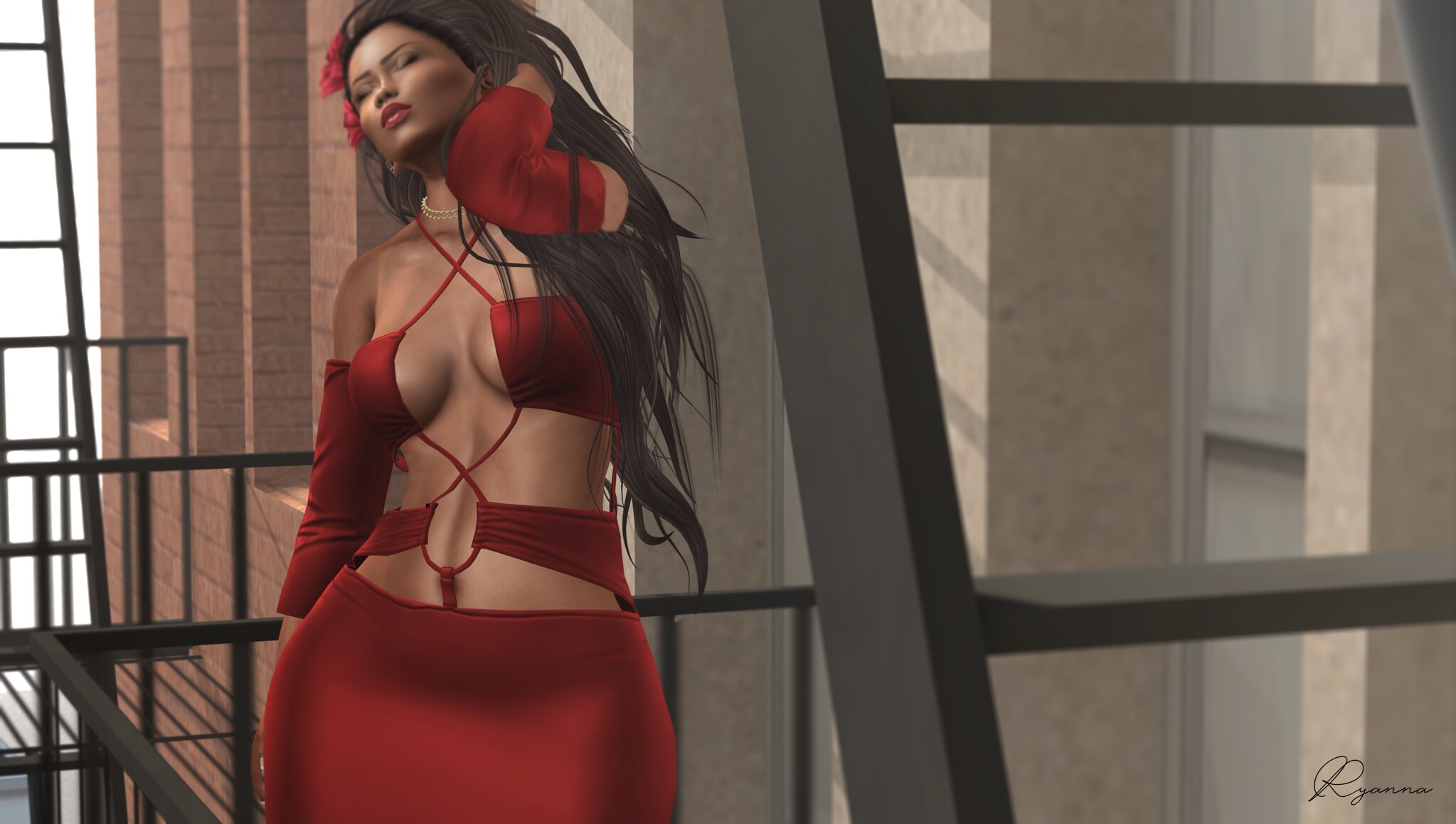 You said you’ve always seen it
That she’s been there all along
I said maybe, but it’s been shadowed for so long

You said you don’t believe it, why can’t I see it?
That I’ve got that fire and it’s always been shining through 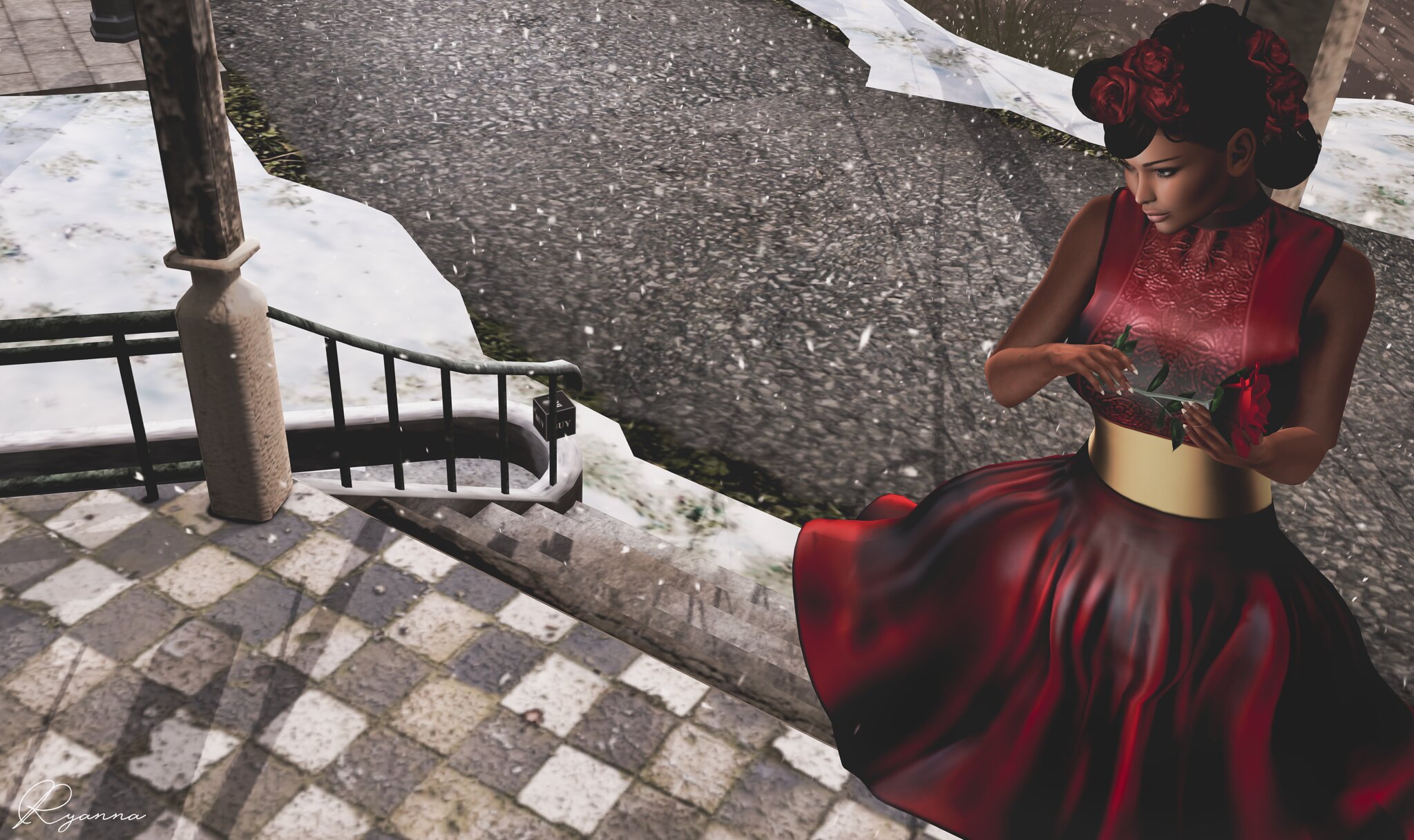 His letter was waiting for her when she got home and as usually it was accompanied by a rose. These letters had been a constant over the past few weeks. Though she wanted to not look forward to them, it was a lost cause. With every letter she found herself getting more carried away.

This time the letter came with an invitation, directions and time. “Meet me at the following address. Don’t be late.” He had even included a picture with a circle around where  exactly he wanted her to be. Always so precise, she thought as she put the letter away and checked the clock. If she were to be on time she’d have leave soon.

After she changed she grabbed the rose and took a taxi to the address. It was darker out by the time she arrived and street lights were flickering on along the street. Her heart beat faster as she found the exact spot on the picture and ascended the stairs to indicated spot. The rose she held to her breast and turned her head down to listen to the quiet around her. She should be able to hear him when he arrived.

A few moments passed, she wasn’t sure how long, but then she heard it. The subtle sound of a car door closing down the street. He was coming. She didn’t have to look to know it was was him. As he got closer she could hear his footsteps on the ground.

The footsteps stopped and his voice drifted through the air. “Tell me you’ve had a wonderful evening so far. . . “ Those were his words. Tell me. They sent a delightful shiver down her spine. Though they still stood apart, she could already tell how this night would go. 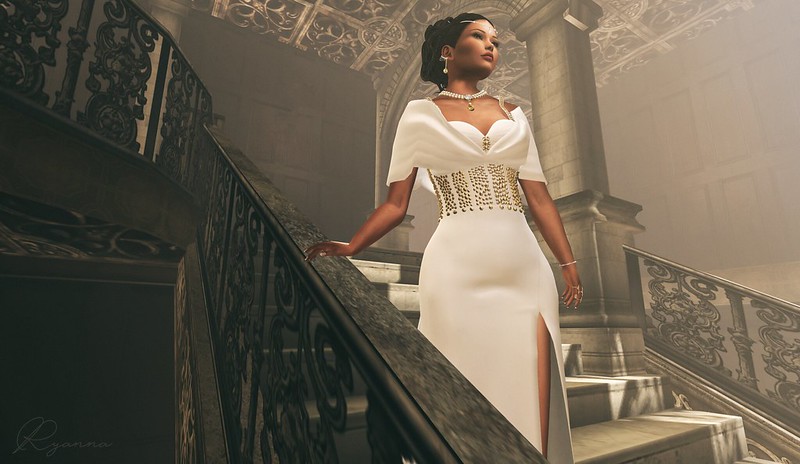 Pose: an lar [poses] The Radi Series @ The Chapter 4 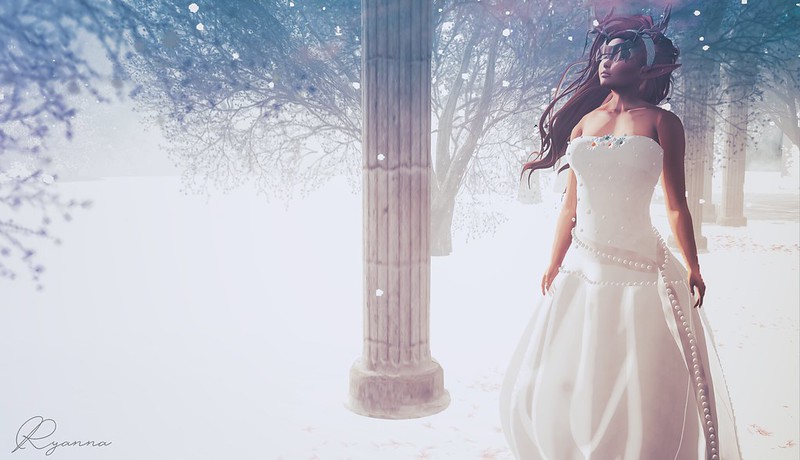 Though things may look different in the day when our eyes are open and we are faced with the realities of this world, it doesn’t mean that we should stop dreaming.

Sometimes it is hard to stand in the bright light of realities truth and you’re blinded by the things you don’t want to see. You’d rather return to your dreams where things are better.  Don’t turn away.  Bring your dreams from the night and into the light.

Shot on location at: Winter Moon 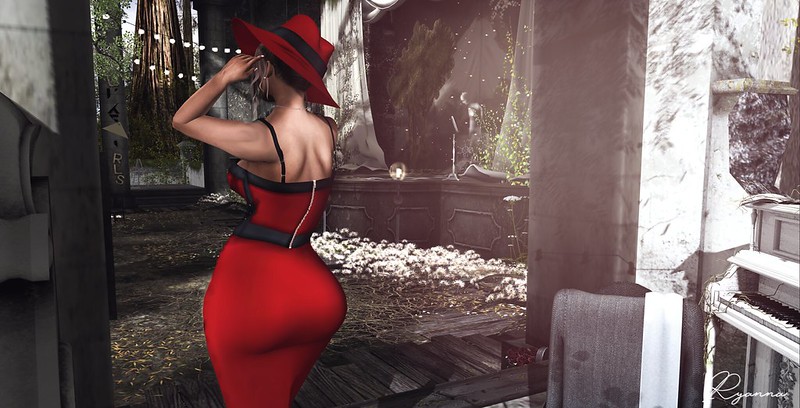 I lift my head
another memory is shed…

Shot on location at: Elysion 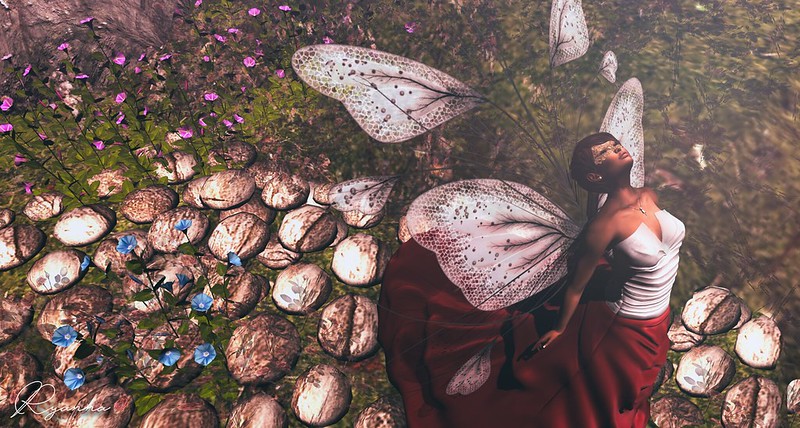 Embrace yourself. Embrace the past, the present. Embrace everything around you and no longer be held by it. Your breakthrough is coming.  . . . 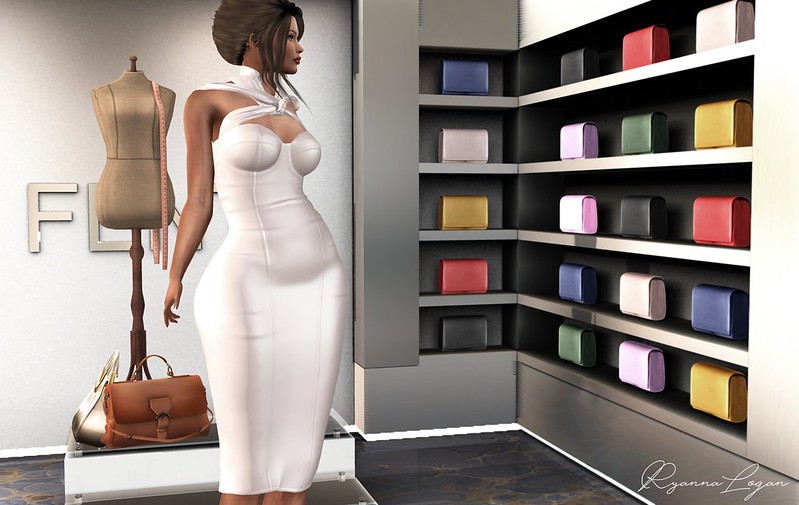 Her hair was freshly done and the tailor had fitted the dress on her perfectly. Still, as she idly strolled through the store, she couldn’t help but feel that something was missing.

As she thought about the evening’s plans and the date she was to meet, something caught her attention. She paused and turned to find a shelf of colorful clutches sitting against the wall. They were delightful, like bits of candy.  That’s what she was missing.  A splash of color to complete the attire and provide a passive hint to her companion of the evening. 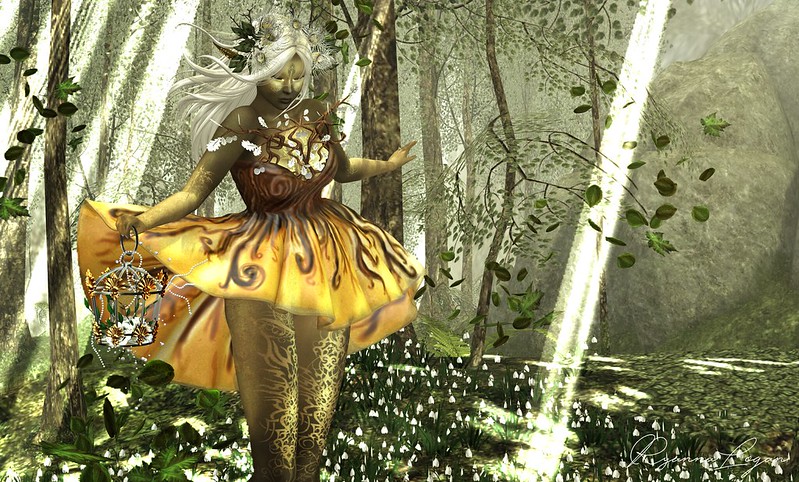 Shot on location at : 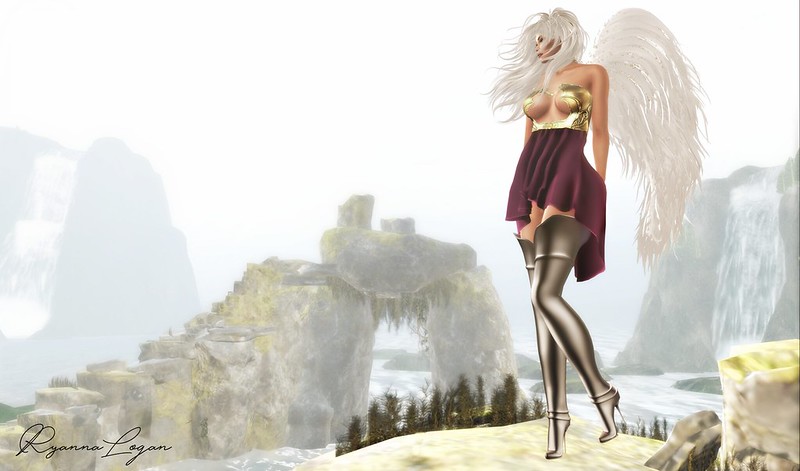 “If we are willing to kill in order to save this world, then the world is not worth saving….”

I heard this saying a long time ago when I was younger. I can’t remember where I saw it and, not matter how “ great” the internet is, I can’t find it anywhere. Though that doesn’t matter.

I’ve never understood the mentality people have when they think that they can make things better by bringing other people down. How does that help anyone? Sure, it may help you for the moment because you suddenly have the “ high ground”, but you’re not guaranteed to stay there. Just as you knocked someone down, the same will be returned.

Many people talk about making things better, but is it better if you have to hurt people to do it? 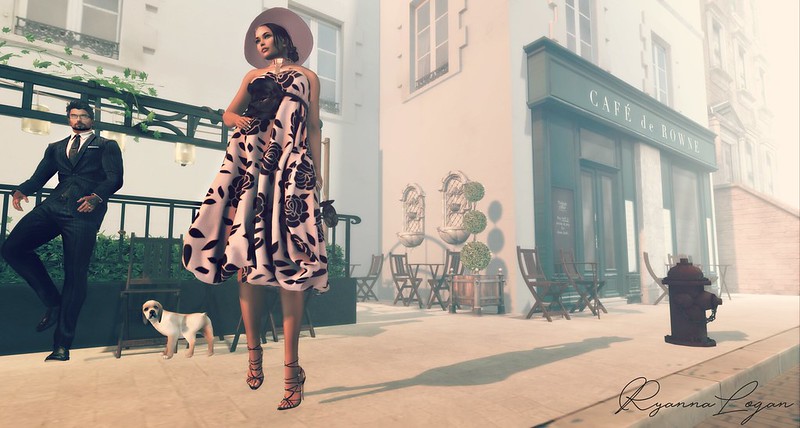 They had met up for a light dinner at the corner cafe after work. The soothing atmosphere and tranquil music made it the perfect place to unwind after their busy week.

When dinner began to wind down he had taken out his phone and ordered a car to take them home. That was a half hour ago.

She let out an exasperated sigh while scanning up and down the street for any sign of their ride. “What’s taking them so long?” She asked. Her shoulders dropped in a small sign of defeat. They had a lovely meal and now she wanted to go home.

“We could have taken the bus.”

He was right, but she wanted to take a car for the ambiance.

From behind he motioned to her and spoke softly yet firmly. “Come here.”  When she came over he pulled her to his side. “Sometimes you have to wait for what you want.”

She took a deep breath and willed herself to relax.  “You’re right. I can wait.”

And, when she stopped being impatient for things to happen, they did.