― adapted from the quote by Steven Moffat 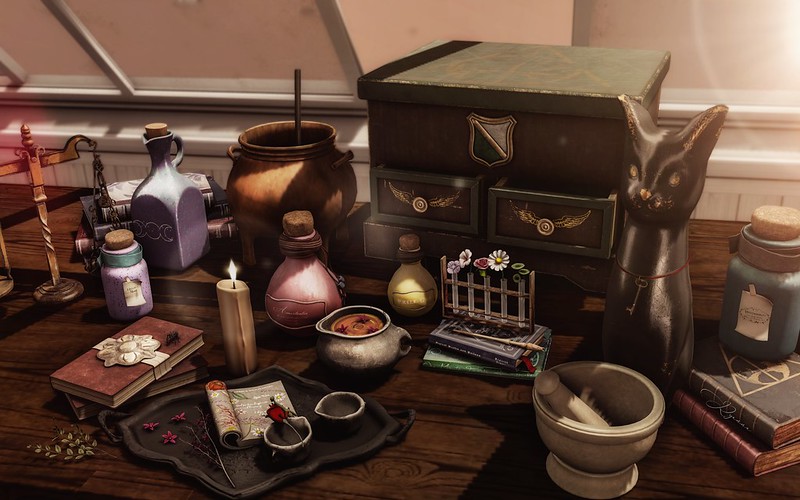 “Well, I may be terrible at some things, but creating destructive potions by mistake when trying to create something else happens to my specialty.”
― Kristy Cunning, Gypsy Blood

Credits . . .
The following can be found at the upcoming Wizarding Faire 2021 opening Aug. 7th 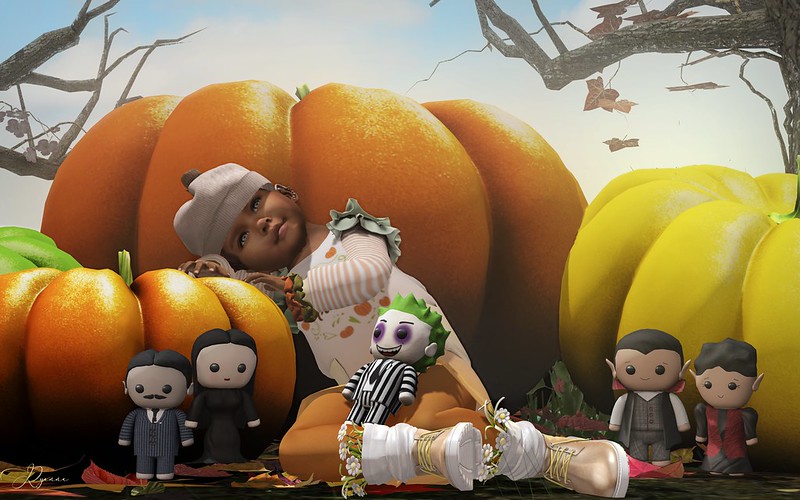 Out in the field is where you’ll find me.
Sitting by the pumpkins
And playing in the leaves
Got no worries to bother me
Just sitting in the field with my dollies and me . . .

Pose and Pumpkins from KJIm: Pumpkin Pose – Cutest Pumpkin in the Patch @ Toddleeween 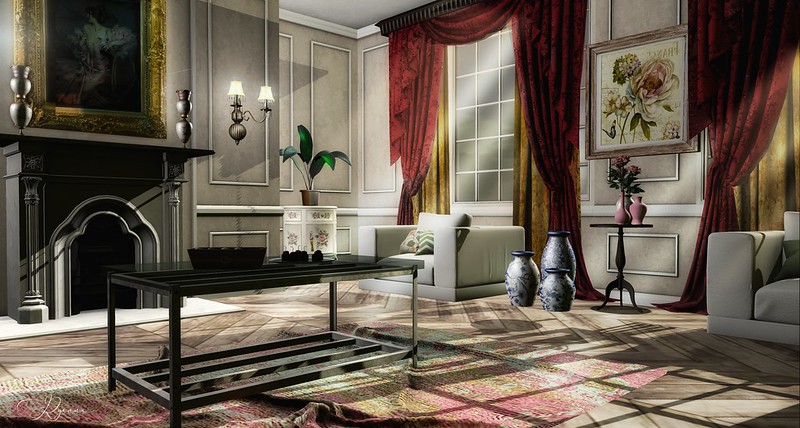 Sunset in the manor
Last bright colors of the day
Threads of warmth help to settle in the mood
But in a few hours, they’ll be gone too

So bask in the hour that is here
As the coolness of the night draws near. . .

Scene Decor:
The following items can all be found at the Imaginarium 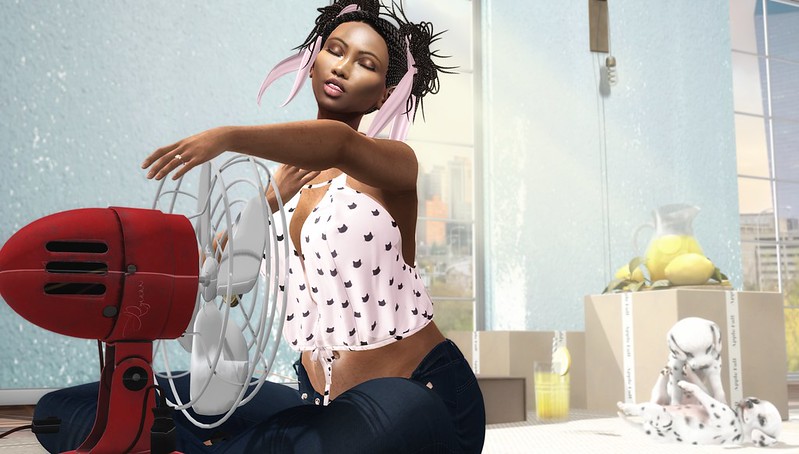 It was simply too hot. She had moved Into her new place over the weekend and, just her luck, the air conditioning unit broke. Of course it did. It wasn’t like the heat index was in the red, or the humidity dense enough to choke someone, no, not at all. Her two puppies ran around the open space, obviously oblivious to the heat, while she dug around her boxes for a fan. If she could find that then she could survive.

After a bit of work she found it. The fan was old, but it would. She let out a sigh of relief and collapsed on the floor with it. Sure, the fan would only blow hot air around but it was better than nothing. 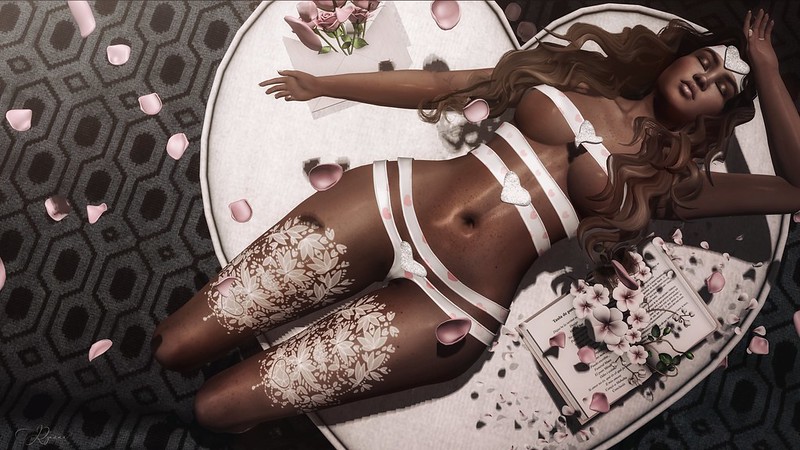 And he said, ‘Pretty Baby you’re so special to me. With my eyes how I wish you could see, the visage of your majesty. Pretty Baby please come onto me. Can’t you see it’s our destiny.”

Words like honey with a touch that was warm, can cloud the mind like a mid-summer storm.

Striving to see with eyes that aren’t yours. The failure of it keeps making you unsure. And every day he’s there knocking on your door saying, “Pretty Baby, you’re more beautiful than before.”

So you close you eyes, you’re blind and cannot see through the many layers of past insecurity. Knowing deep down that it could never be that the ‘Pretty Baby’ he speaks of is me . . . 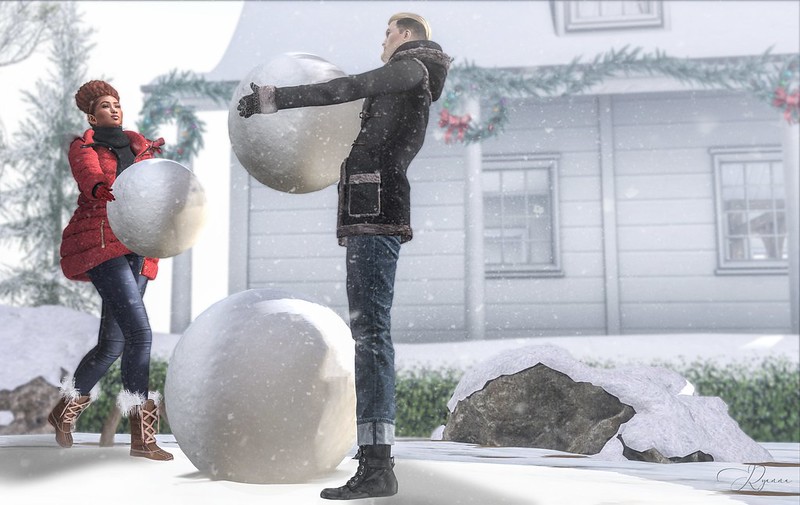 The snow had come down heavily the day before. They had watched it for a while from the warm comfort of their living room. It was the first real snow of the season. When morning came the snow was still falling outside.

Nova turned to Dragon with a sly grin on her face. He kew that look and knew what was coming next.

“Do you wanna build a snowman?” Nova said in a sing-song voice.

“You can just ask you know,” Dragon told her as he got up from the couch they had been sitting on.

Nova’s grin widened as she followed him to the closet. “I never see you anymore.”

“You see me everyday.”

“Come out the door”

“I’m going to hide behind the door,” he threatened, stepping in the closet and closing the door.

“It’s like you’ve gone away!” Nova leaned against the door. “We use to be best buddies, but now we’re not.”

Dragon spoke up from inside the closet, “I wonder why!”

Nova gave two knocks on the closet door. “Do you want to build a snowman?”

As soon as she finished, the closet door swung open and Dragon hopped out, dressed in his heavy coat and gloves. “Okay. Bye!” Laughing, he ran out the front door to start working on the snowman. 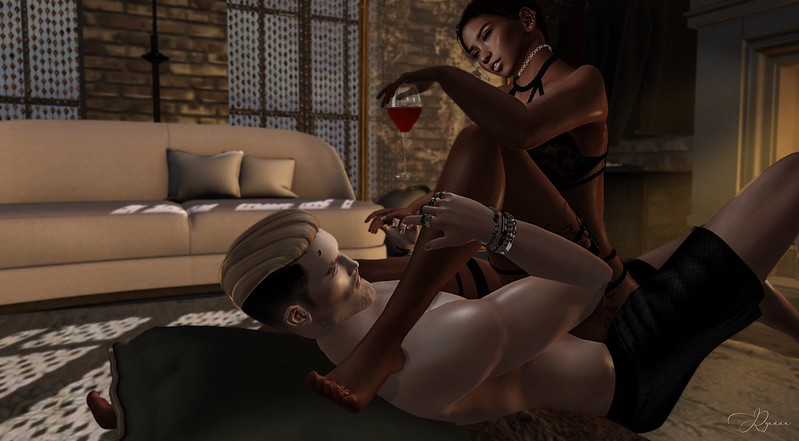 They were on their second bottle of wine, or maybe it was the third. Somewhere along the line they had lost track. There were things in the works, plans and arraignments that were still in the early stages, and they had to be discussed.

He stretched as he laid back on the floor pillows, arms crossing behind his head. “I believe we talked about this before, and you said —“

She cut his words off with a groan as she grabbed her glass of wine and got down on the floor next to him. “Sshhh,” she said as she straddled his waist and sat down, resting her legs on either side of him. His hands came up and instinctively reached for her legs. “That was then. This is now.” Her hand dangling the glass of wine in front of her while her arm rested on her knee.

He huffed and cuffed a hand on her leg. “Oh? Oh I see how it is.” He said with a smirk.

“Do you?” She returned that smirk right back, shifting on him as she took a sip of her wine. “Maybe I need to explain it again….”

The Autumn season is in the air
Fresh warm scents are everywhere
Don’t forget the sweets and treats
And a glass of mulled wine, that can’t be beat . . .

The following is from andika[mulled wine] set @  Uber 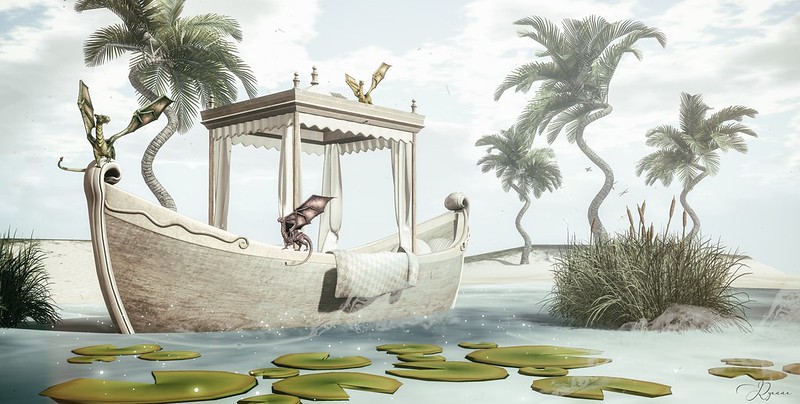 Off the sands and by the sea,
(if you’re not sure it’s by the shore)
There’s a boat that will take you away.

To far off places you will go
The trip’s not fast, nor is it slow
Don’t know exactly where you’ll go.

‘Cause the dragons are a-steering