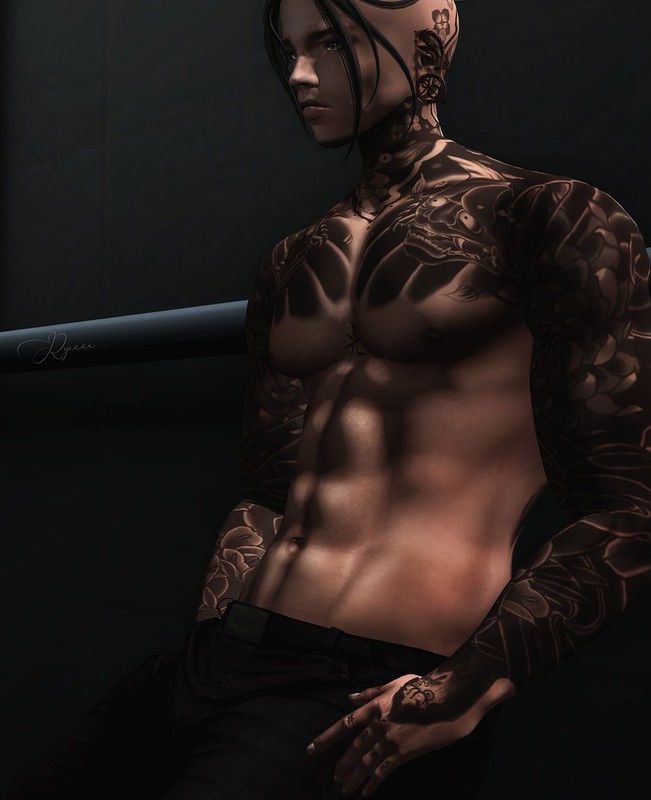 — Lyrics from “Monsters” by Timeflies

Note: The follow is the Evan skin by -Birth- , currently on sale@ Skin Fair 2020. Taken on medium settings in CalWL wind light. 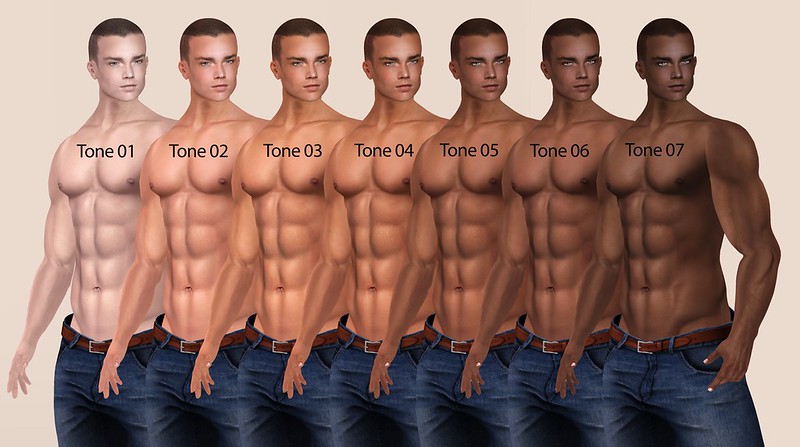 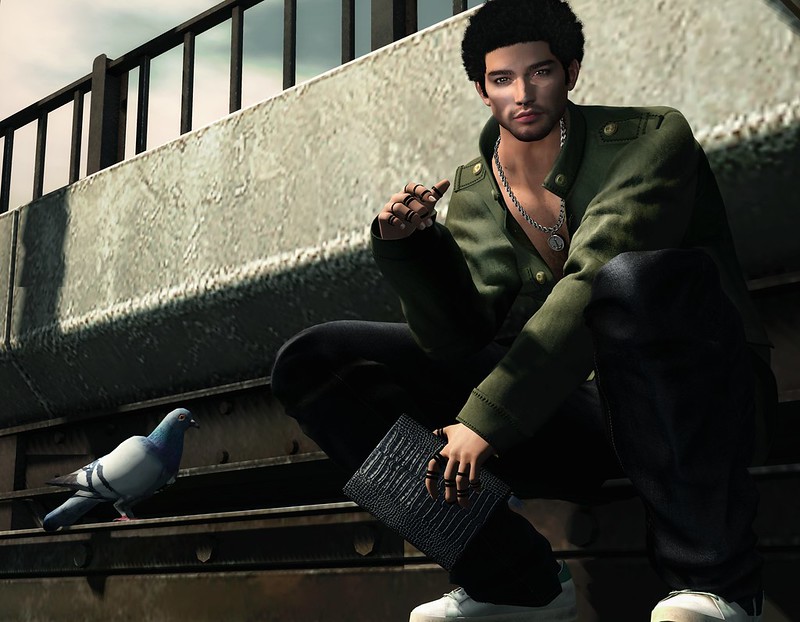 Didn’t change your story
Or add things for glory
Only put into outline
All the things that make you shine. . . 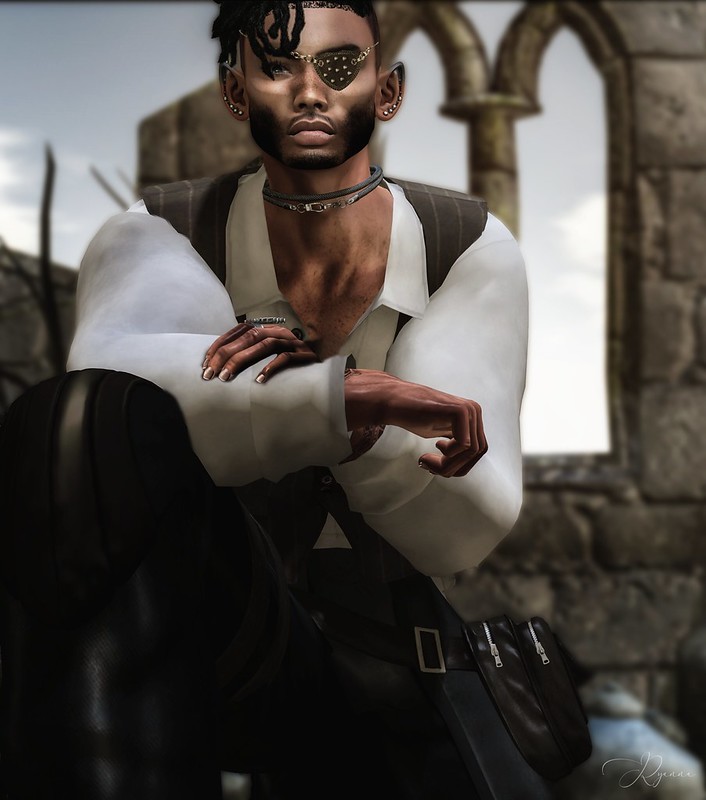 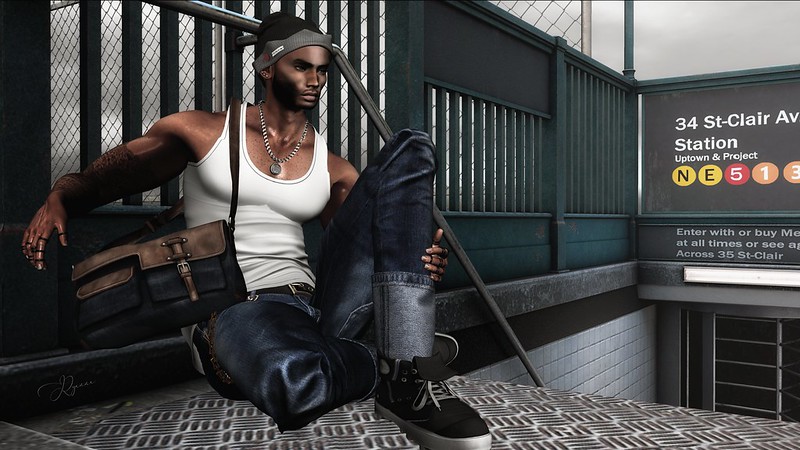 He had a long way to go yet, to get to where he wanted. Always feeling like he was coming from the wrong side of the tracks, trying to slip into the high society lifestyle. It was going to take some work – a lot of work – for him to reach the goals he set.

An exasperated sigh left his lips as he leaned back to the steel fence that outlined the subway. Right now the day was quiet, a few people passed by here and there, but that was because the station didn’t open for a couple hours yet. He had arrived early in hopes that it would spark motivation. He gave a pat to the bag which hung off his shoulder. Its contents were his motivation.

His eyes followed the steps down and he tired to peer into the darkness. He was going to be the first in the station and arrive to work before everyone else, and work harder than everyone else. One day his dreams will not be dreams anymore. 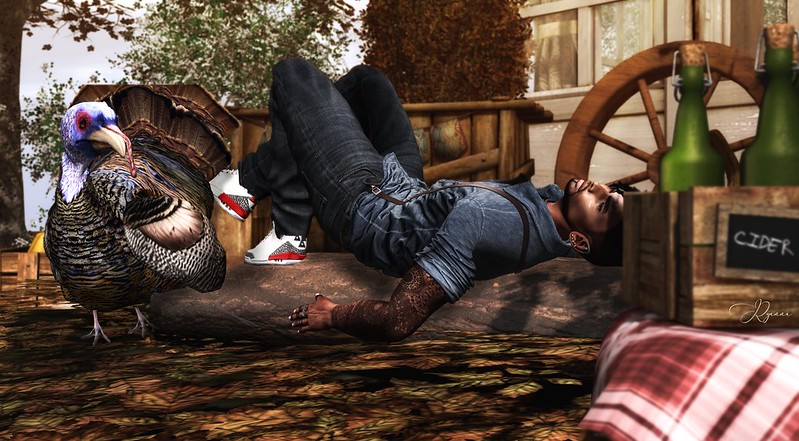 He didn’t feel like doing anything. The more things he had to do, the less he wanted to do them. It was one of those lazy days. Everyone was entitled to one of them – even three if the tasks were difficult. Thanksgiving was a little over a week away and his task was to make sure the turkeys were ready.

Outside he saw that the market stands were being constructed in the front for the sales tomorrow. He’d much rather help with that that, at least he wouldn’t have to deal with temperamental animals. Though, he could understand where they were coming from. If he saw a member of his family being taken away every year, never to be seen again, he’d be wary as well. Even now he saw one of the turkeys giving him a side-eye.

“G’on,” he waved a hand at it. “Git or I’ll take care of you now rather than later.” He plopped himself down on the log out front and sighed. It was the perfect autumn day, and he had been having quit a good day. Ending it by breaking a turkey’s neck wasn’t exactly part of his plan.

He stretched and laid back, looking up at the sky. It would be okay if he dallied a bit longer on his task. Besides, he had come out and gave the birds a once over with his eyes, so technically he did make sure they were ready. None of them looked sick or damaged from casual observation. Right.

A small nap wouldn’t hurt. Besides, if any of the turkeys disturbed his rest, that would be the one marked for dinner. 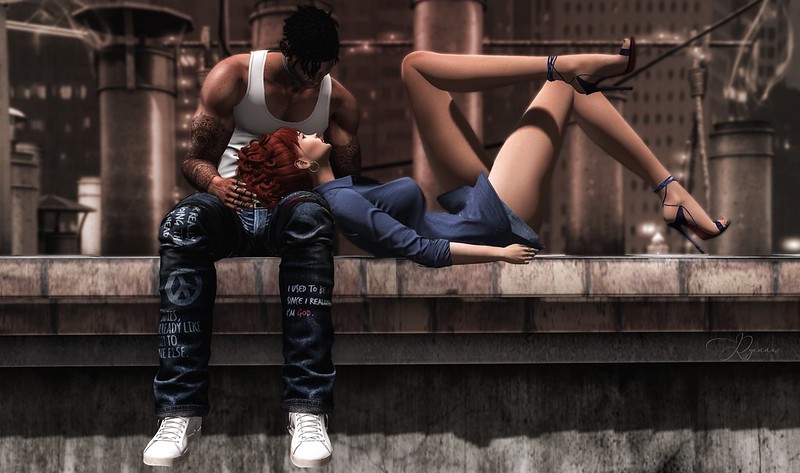 “When we honestly ask ourselves which person in our lives mean the most to us, we often find that it is those who, instead of giving advice, solutions, or cures, have chosen rather to share our pain and touch our wounds with a warm and tender hand. The friend who can be silent with us in a moment of despair or confusion, who can stay with us in an hour of grief and bereavement, who can tolerate not knowing, not curing, not healing and face with us the reality of our powerlessness, that is a friend who cares.”

― Henri Nouwen, Out of Solitude: Three Meditations on the Christian Life

Pose is from Diversion – Safe and Sound @ The Look Event 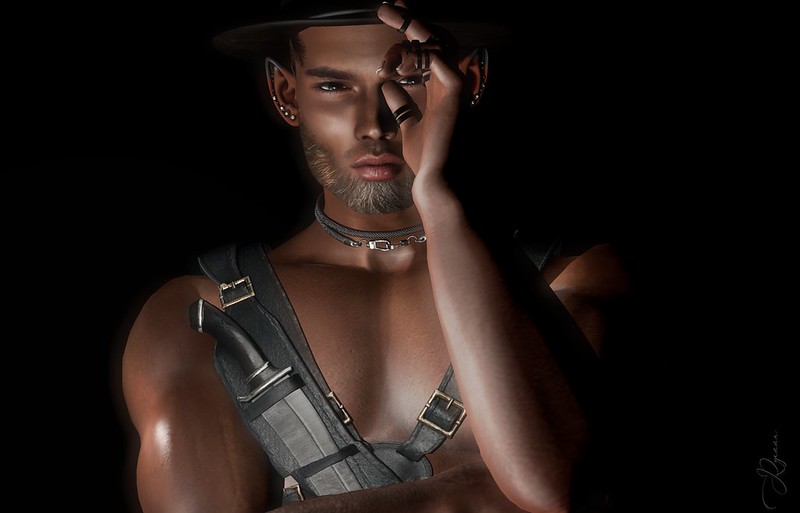 They say we are what we are,
But we don’t have to be,
I’m bad behavior but I do it in the best way,
I’ll be the watcher (watcher),
Of the eternal flame,
I’ll be the guard dog,
of all your fever dreams. . .

Lyrics – “Immortals” by Fall Out Boy