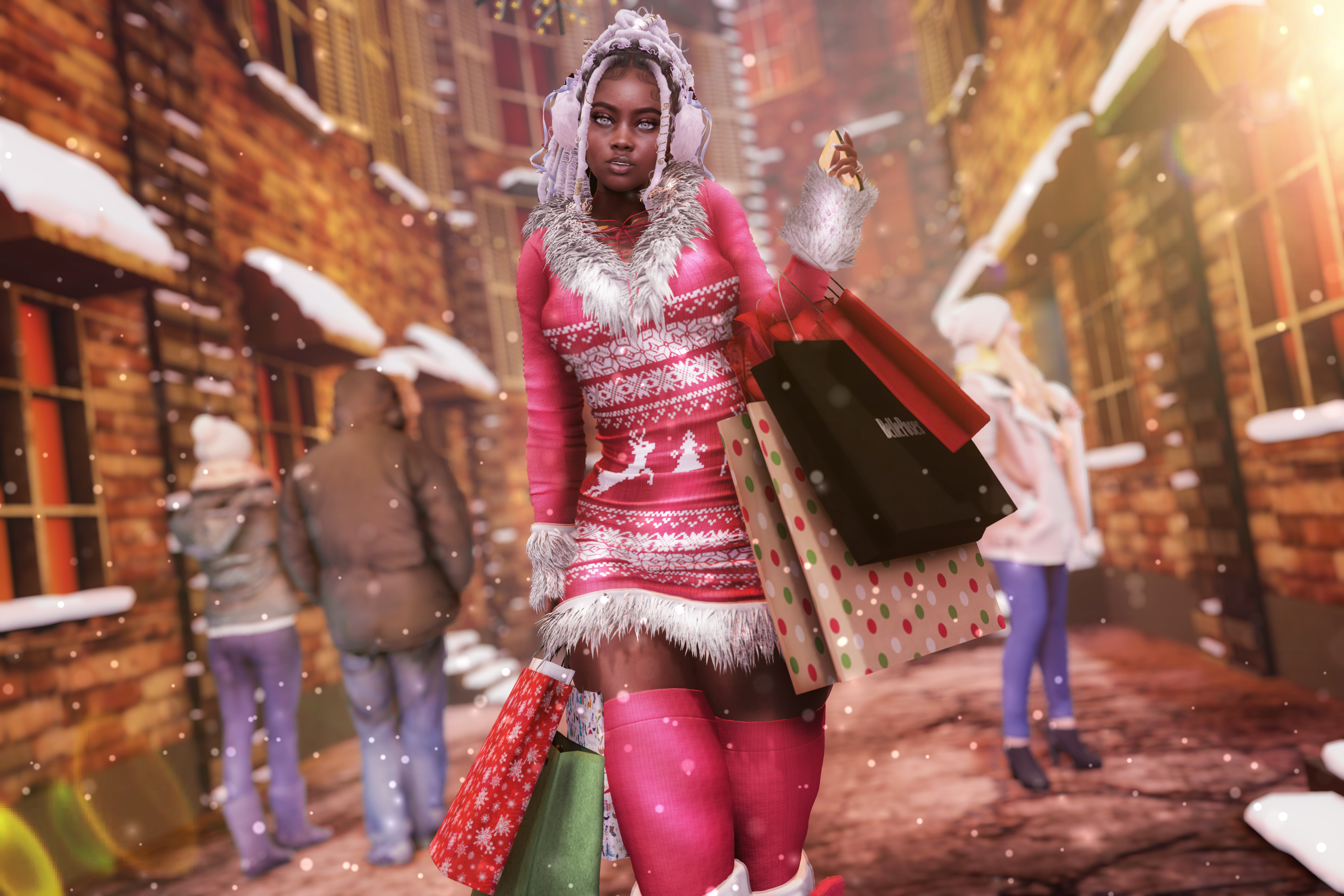 This season can be a bit hectic.  For some it has happy memories, for others not so much.  There are those who have a lot to give, and those that are barely getting by. Remember, if you’re out shopping, don’t forget to pick up some patience, love, kindness, forgiveness, grace, and peace. A little of it can go a long way this season.  . . 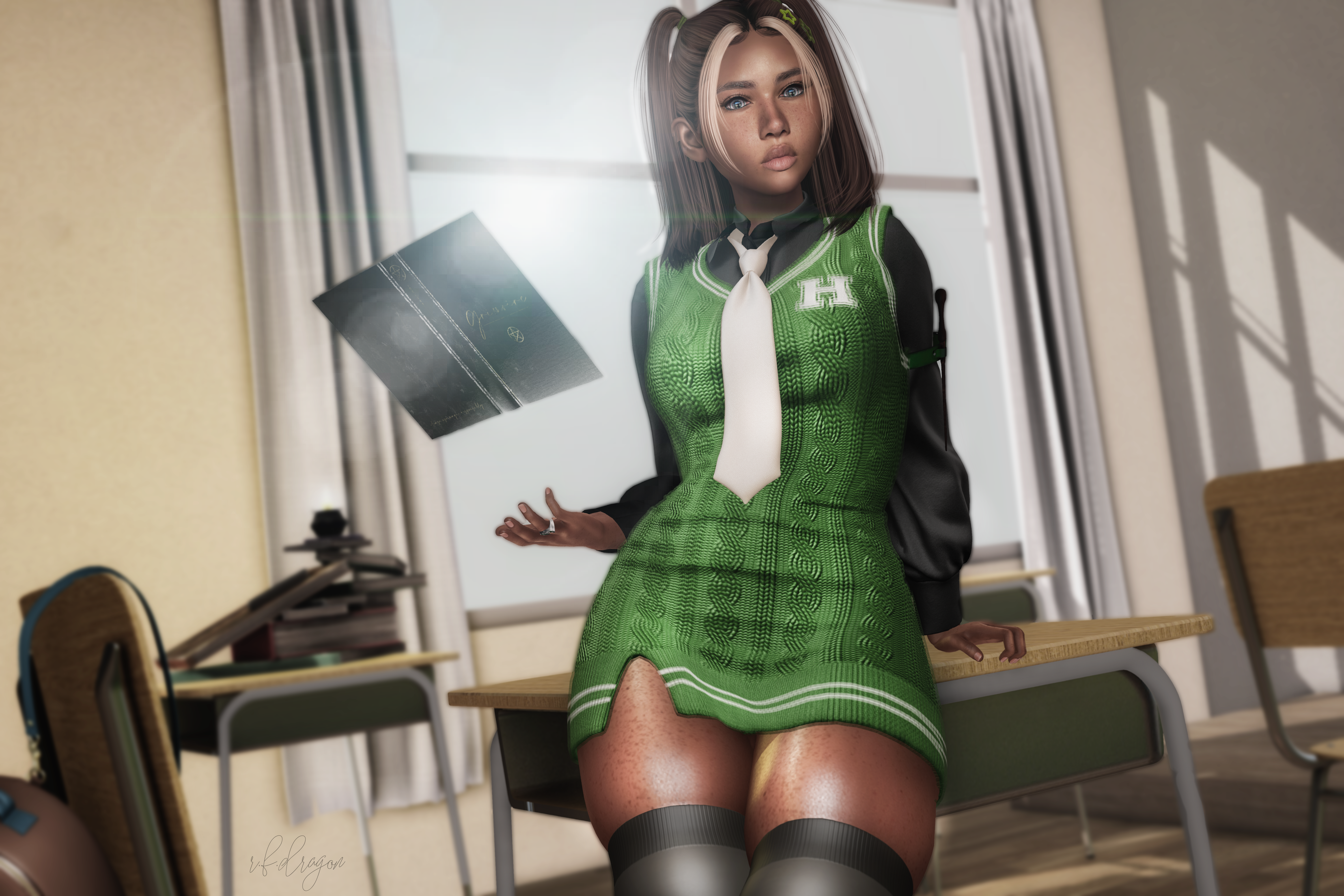 So they sent me to Summer School
Really not sure why

I ran through all my lessons
A dozen times or more

Up and out to see my friends

Before it starts all over again . . .

Backdrop is [ Focus Poses ] Back To School Backdrop version 1 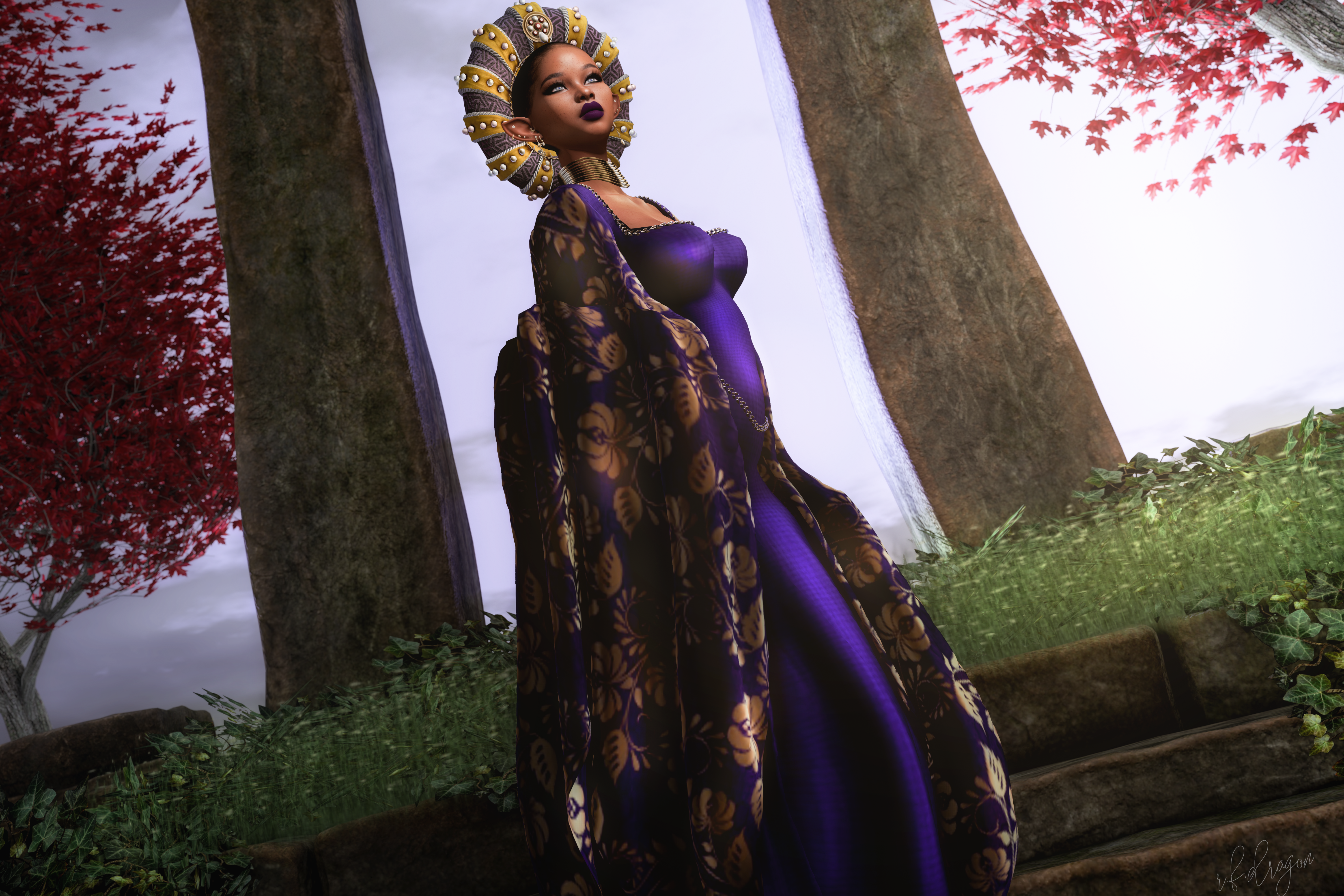 “Does the walker choose the path, or the path the walker?”
― Garth Nix, Sabriel

Set decor: ionic : Gate to the Unknown (with plants) @ We love RP 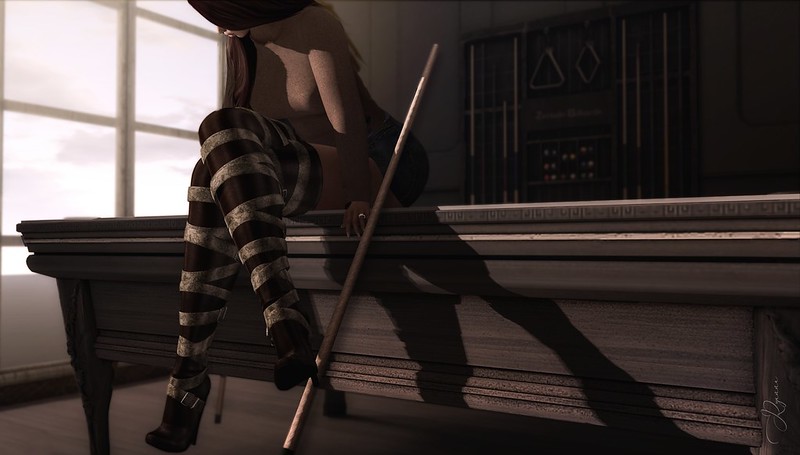 The last few rays of the sun were still breaking through the sky, though any moment they would be taken up and the sky would be fully enveloped in evening. With it would come the need for her to turn on the lights and prepare herself for the guest that we’re coming over.

She was starting to regret the plans she had made during her moment of extroversion. At least they were coming over to play Billiards. She could navigate around that and the social gathering may not be as tiring.

In any case, it was the last social event of the year and she was determined to end it on a positive note. 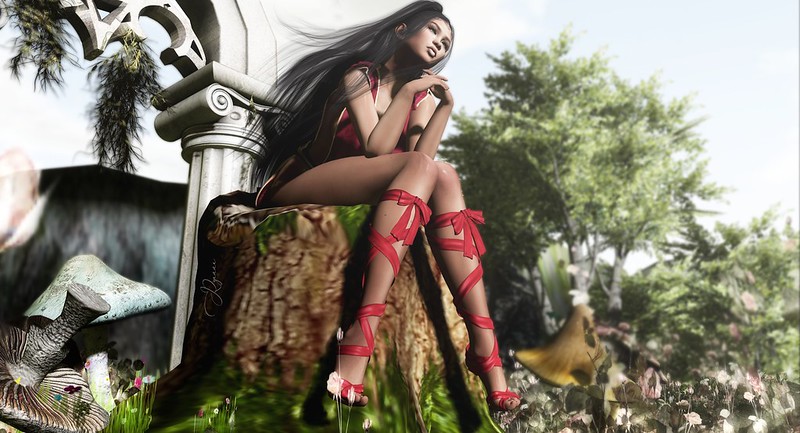 Wait for me
I’ll find my way back
I just need a bit of time
To get back the rhythm
To work out the rhymes . . .

Prop and pose is from Something New ~ Spring Butterflies 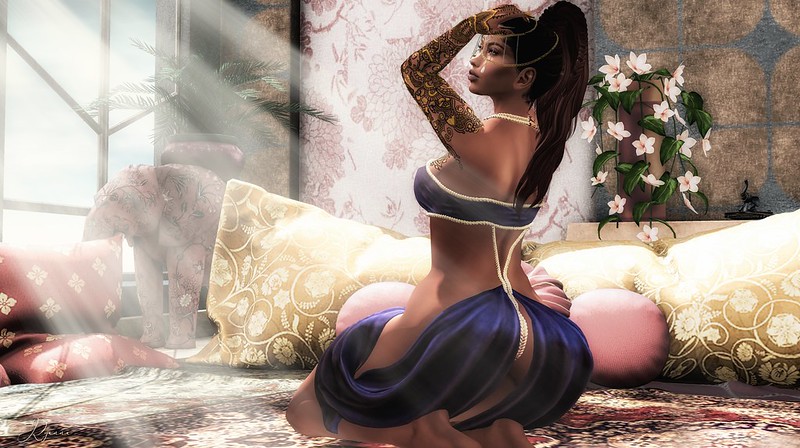 Adorn her up in silks and satin
Upon her skin inscribe your pattern.
Set her down for all to see
She’s your centerpiece of beauty.

Body that’s kissed by the sun
Better tie her down, so she don’t run
For things that are always on display
Have a habit of running away . . . 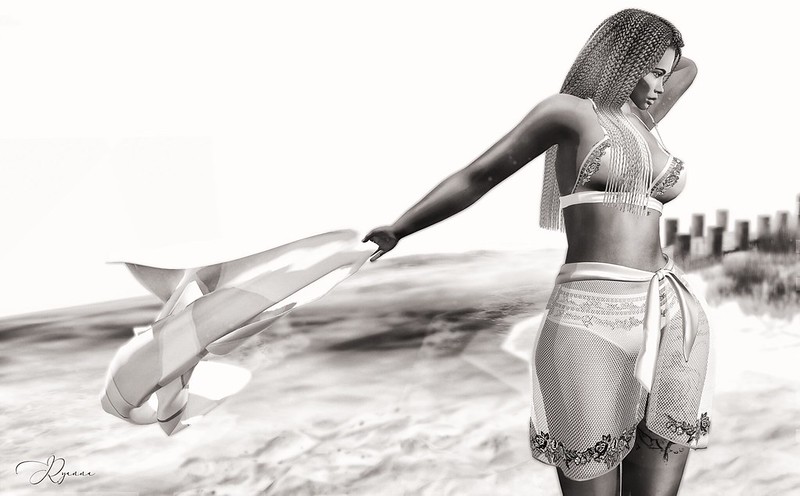 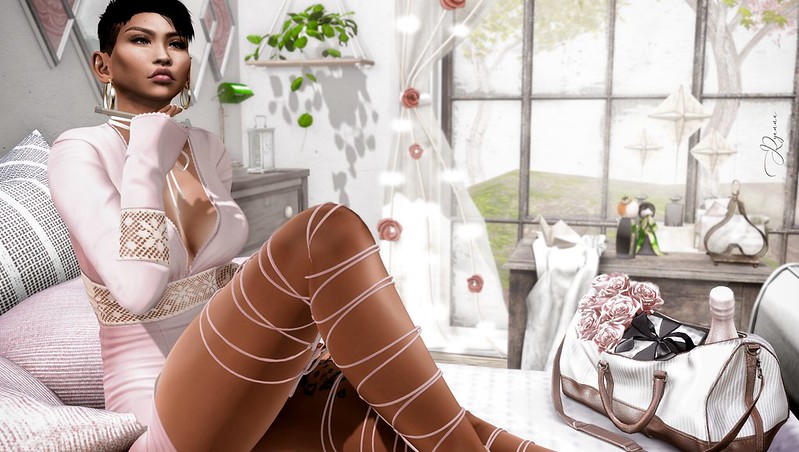 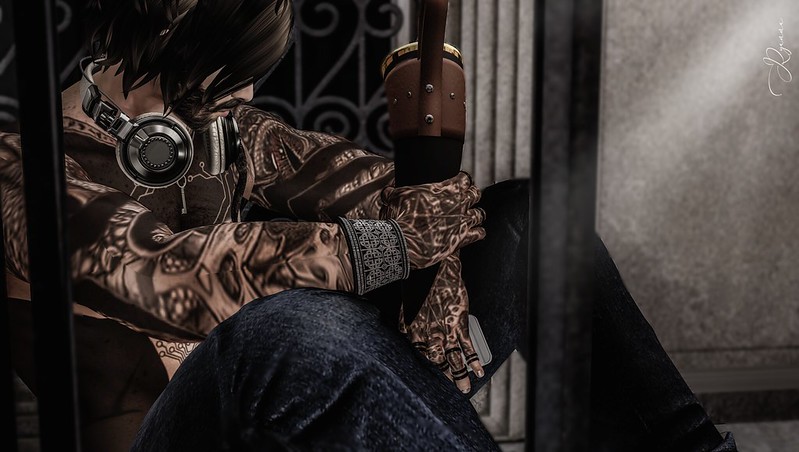 Damnit. He really screwed up this time. It was all his fault. There was only himself to blame. How could he have been so stupid? She had come to him looking for a little validation and understanding, but the only thing he gave her was discontent.

You’re not the only one who has problems, he shouted to her at the time. He had told her to stop complaining and do something about her issues. What she did was place her keys (no, his spare keys now), on the counter and stormed out of the apartment. He called after her but she didn’t even turn around. He had watched from his balcony as she hailed a cab and rode off down the street.

That was two days ago.

He left her messages. He went by her job. All of it was to no avail. He had had a bad day that day. He was allowed to have them. She had gotten mad at him before but this time it felt different. What the hell was he going to do now? 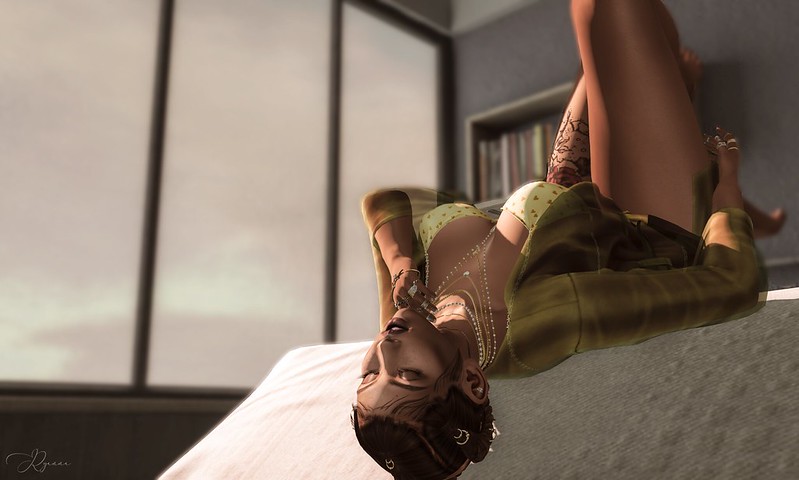 Things had been going well. It took some time but now she felt that she finally got her life back on track. Removed some people from her life and had started over from the bottom. When everything is working out, that’s when life tosses in a wrench. The phone rang. Without checking to see who it was she answered, “Hello?”

“Did you forget about me?”

The voice on the other end was unexpected. Her whole body clenched and she felt her heart start to beat faster as anxiety started to creep over her. She looked at the phone. His number was blocked so he had called from a new one.

“Oh, you tore me to pieces
Turned my strength into weakness…”

Her shock lasted only a moment before she was able to reply. “You must be bored and lonely. I’m hanging up now.” Amidst his pleads on the other end for her to hear him out she hung up.

“I feel freedom where I stand now
And I feel proud from who I am now
Yeah, I learned a lot along the way
I love the woman that I became . . .”

Before she put her phone away she labeled the number. If he called again from that number she would be prepared.

The day progressed normally and whenever her phone rang again she checked the number before answering. He didn’t call back. She wondered if some part of her did want him to call. It was crazy. Insane. It took her forever to get past what had happened between so there was no way she would want him around again. Right? Right.

The phone rang again as she was getting ready for bed. She thought about letting it go to voicemail, but she reached over and got it. She knew it was him even before she looked at the ID.

She answered the call.

“I’ve changed,” said the voice. “Think about it.” That was all they were able to get out before she hung up and tossed the phone to the side.

Letting out a deep exhale she laid across her sheets. “I don’t think about you . . .”

{ Inspired by the song: “I Don’t Think About You” by Kelly Clarkson }